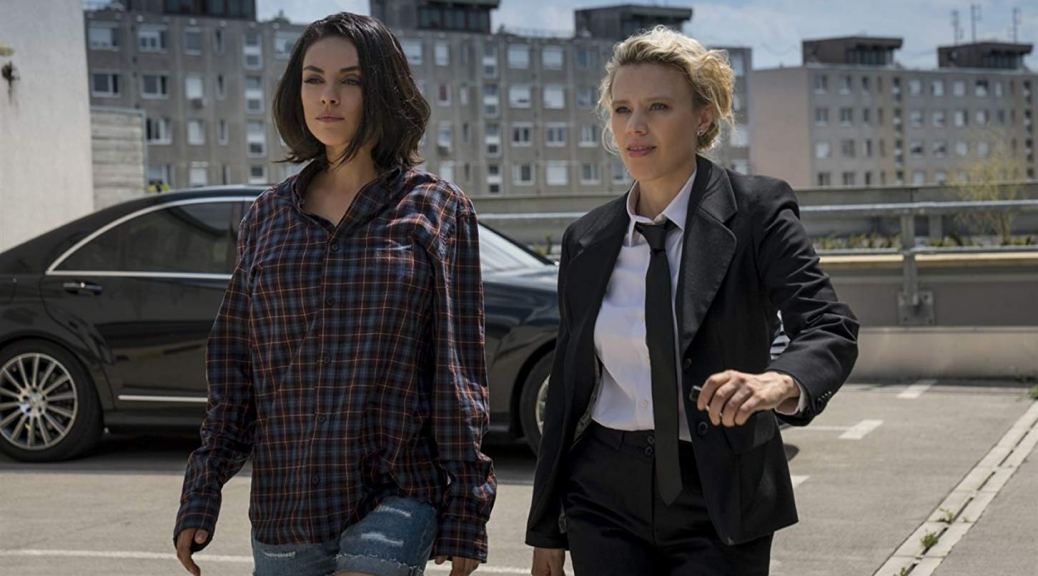 It’s appropriate to have that moment of calling myself out because Kate McKinnon sets a lot of men off. Even if I’ve worked on undoing elements of toxic masculinity, there are still in-built reactions that need confrontation.

Nobody ever really stops every single impulse of sexism, or racism, or ableism (the list goes on). You can unlearn some, and others that are more ingrained you have to learn to recognize so that you can confront yourself about them. It’s constant work, not something you magically get over, and McKinnon leans on a place where a lot of men still need to do that work.

The same brashness that at first might set me off is one of McKinnon’s greatest strengths. Her comedy often calls me out for judging her characters, and it’s a reliable talent because it feels like her characters are judging themselves at the same time. Whatever ingrained bias I might be recognizing and confronting ends up directly at odds with my empathy. Because her characters often confront the impact of that bias, and show the emotional scars it can create in someone else, she doesn’t just evoke it; her comedy converses with you about it.

The limit of McKinnon’s characters is only the medium in which they appear. Her characters that get full movies can be broader than what’s allowed in a 5-minute sketch on “Saturday Night Live”. She welds a massive amount of heart into every character she plays, and she knows how to lend it to other actors who share scenes with her. When she’s invested in someone else, you get invested in them, too. She knows how to be 90% of the energy on screen, and still make that scene orbit someone else.

“The Spy Who Dumped Me” is one of the best examples for how well this can make a comedy work. McKinnon is paired with Mila Kunis. Essentially, Kunis’s Audrey discovers her ex-boyfriend was a spy who’s gone missing. Assassins come after her and her roomate Morgan (McKinnon). The pair escape to Europe in search of answers, and get increasingly involved in spy shenanigans.

Is it the best movie? A few elements fall flat, but it works as one of my favorite recent comedies for one major reason. To describe it requires a bit of a tangent:

I once read an article that described Ralph Fiennes as the actor who guarded his characters from the audience and never let anyone into them. There’s ego associated with that, and that fuels characters in a very interesting way. It intrigues and enraptures an audience that invests in wanting to see past those barriers.

I bring that up because McKinnon’s the exact opposite. She doesn’t guard her characters in any way. She gives performances that imagine there’s nothing worth guarding. The seemingly brash ego that announces itself in that first minute is often the result of a fear that you learn about throughout the rest of a performance. That can be heartbreaking, but then you see how fiercely she guards the people around her in movie after movie – not just as a character, but as a performer.

It’s not that McKinnon’s incapable of guarding her characters, it’s that she reliably guards the characters around her while opening her own up to vulnerability. That’s a difficult and pretty thankless task, and it makes incredibly modern, relatable characters.

McKinnon’s characters are sometimes over-the-top as a distraction to herself, to escape that self-judgment. She doesn’t need to guard herself if she can shift attention onto anyone else. In that way, as over-the-top as her performances can be, they communicate something very real, restrained, and down-to-earth.

The rest of the movie around her in “The Spy Who Dumped Me” is pretty good. It’s not great, but it’s elevated into higher territory because of the comedic pairing. Mila Kunis has performed a lot of B-characters and sidekicks over the years. She’s not the comic lead that McKinnon can be, but she doesn’t need to be. She may not be able to step outside complementary roles the way McKinnon can, but Kunis is extremely solid within them. She can be the straight man or the over-the-top performance, and she’s especially good at creating space that highlights other actors.

The magic in “The Spy Who Dumped Me” is that these are two actors who give to each other constantly. It’s not just their characters placing value in each other. In every scene, their performers keep elevating and valuing the other in that scene. The list of comedy pairings where two actors could lend attention to each other so completely is very brief – it mostly includes combinations of Madeline Kahn, Cleavon Little, Richard Pryor, and Gene Wilder, as well as the Marx Brothers. (I’ll come back round to Wilder in a second.)

We’re not used to comedies where the protagonists build each other up instead of constantly undermining each other. It’s strange for a comedy to bypass schadenfreude for 90% of its runtime.

“The Spy Who Dumped Me” shows that a comedy can still be very successful without it. More than that, the laughs come from a wider range of places. There really aren’t many recurring jokes in this. Recurring jokes aren’t bad, but many comedies like this can lean on them to supply the bulk of the humor. This avoids that pitfall.

It also doesn’t over-rely on either actor shouldering entire comedic bits entirely on themselves, such as in a Will Ferrell comedy. Sure, that can be funny, but it usually means a scene’s story and stakes have to stop in order to show the actor off. If one person is carrying the comedy, the comedy becomes reliant on that one person. It becomes about what they do in a scene, not what the scene does in a movie. That can be successful, but I tend to like comedies that take other approaches. They feel more substantive and stick with me. They’re comedies that I find myself wanting to re-watch.

If everyone’s carrying the comedy like in “The Spy Who Dumped Me”, you don’t have to veer away from the narrative in order to be funny.

I don’t imagine either that it’s a coincidence a film like this comes along co-written and directed by a woman (Susanna Fogel) and starring two women. If the film starred Adam Sandler and Kevin Hart, for instance, the narrative would be stopping to make its jokes five times a scene. The characters would never build each other up until they were capable of navigating the climax. Instead, they’d be tearing each other down until they lucked through it. There’s a place for comedies like that. There should be more of a place for comedies like “The Spy Who Dumped Me”.

McKinnon’s comedy is a mix of loud left turns and dry observations. It can mix the interruptive with the deeply complementary within moments: She can be a central figure one moment and then step back to raise the entire cast around her the next. It’s an undervalued quality and range in comic actors and it’s ideal for a good buddy pairing or ensemble work.

A number of other actors have done this over the years. Gene Wilder comes most prominently to mind and it’s one reason he could work so well spoofing so many different genres, and paired with so many different actors. You trusted him to take you down otherwise ridiculous plot developments one moment, and the next he could background himself and direct your focus to those around him. McKinnon has that breadth, and I’d love to see her given vehicles across genres like Wilder was.