I wanted to make lists. Gabe’s against lists. Why make lists? I’m a PhD. Half my life is lists. We took a vote. 5-to-1, we’re making lists.

Our very first is based on a meme that recently made the rounds. It asked readers to list the 10 books that have stayed with them. Not the best books. Not the books everyone else will recognize. The books that stay with you.

I only need to list one book. The Secret by Rhonda Byrne. How else to deter tsunamis and earthquakes but to avoid the negative thought wavelengths that naturally attract them? Why am I even bothering with this PhD?

OK, no. For real, here are the 10 books that have stayed with me: 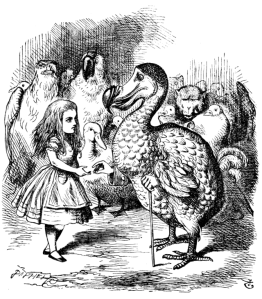 The mother of all fantasy worlds and the most innocent. This meant a lot to me very early. I’ve lost count how many times I’ve read it. It has never lost its power to help me escape, or turn a drab, muddy weekend into one full of possibility. 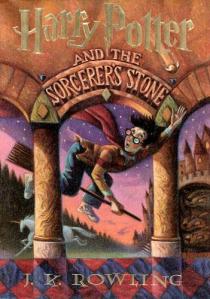 Looking back, I see in Harry’s being an orphan a choice I would one day face when severing ties with much of my family. Harry’s not in a book. Not really. That’s how you first meet him, but he’s a child I grew up alongside, who helped me understand the very difficult reality that not every child experiences life the way it’s sold on TV and in commercials. I was strong enough to know it was OK to be different and to survive a destructive background. Harry made me realize it isn’t just OK. He taught me it’s heroic.

The Awakening
by Kate Chopin

It’s not the best book, but it is very important. It was reviewed well until religious men got hold of it, and then they manufactured a controversy over Kate Chopin’s portrayal of a woman’s strength in dismissing her family and place in society.

All these years later, her critics are dead. So is Chopin. But The Awakening survives because of that controversy, and some shy, gawky girl read it a decade ago. She became captivated by those “dangerous” ideas and how they were met. I had to learn more. I wonder how many young women have felt the same in the century since The Awakening was published. I wonder how many feminists Chopin has created, and how many more her detractors have inspired with their backwards reactions. 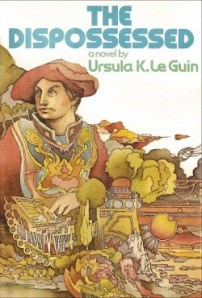 Le Guin is an anthropological storyteller. In The Dispossessed, she imagines an anarchical society that doesn’t use the possessive in their language. Nobody owns anything; everyone shares. She finds a scientist in that world. As their functional anarchy is challenged, this scientist seeks to reconnect with his people’s homeworld. The obstacles he faces aren’t violent; they’re obstacles of language, misunderstanding, and acceptance. They’re the obstacles we face every day, but Le Guin rests whole societies on them. At a point, you realize that’s not the science-fiction element. It’s the most real part of the novel. 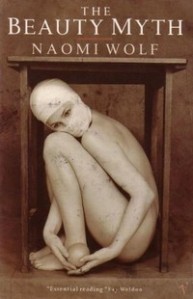 The Beauty Myth
by Naomi Wolf

I don’t agree with everything in it, but Wolf opened a window that helped me understand so much about how expectations are created and enforced for both women and men. I had thoughts around the themes she spells out. She helped me solidify those thoughts into ideas for the first time.

How is our post-modern world constructed through ads and branding? How do we develop loyalty to identities we had no hand in shaping? Naomis Klein and Wolf together lent me a scary view of how the world is organized to benefit those already in power, and how identities are constructed with faith and confidence in that power, identities that are created to be helpless before it. 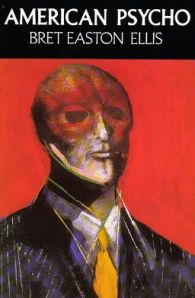 There is psychology, and there is satire. The latter helps you understand the former all the better. There is no better, more dangerous satirist today than Ellis. He helped me understand control and how losing it brings panic. He helped me understand how the modern world shapes us, how violence can be mistaken for the foundations of an identity, and why the most violent are sometimes the most helpless among us. 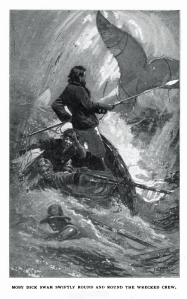 Obsession. This is the book that scares me so much about all the parts I inherited from my parents. Anger and vengeance and single-mindedness. I can be ruthless and manipulative. I can hurt people. I have never found a way to eliminate these parts of me. Fear of what I can be at my worst keeps it at bay, like it’s locked in a cage. Moby-Dick is like visiting that cage and poking what’s inside. It is a connection to all the parts of me I am scared I will never reclaim. 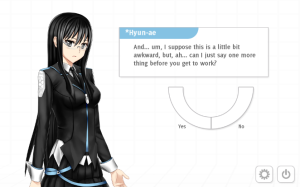 Analogue is a visual novel. Some people call it a computer game. I think it is something new. There is much more reading than playing. As you read, you uncover information about how a generation ship cast adrift in space falls into a patriarchal society dominated by misogyny. What happens when a society based around misogyny is allowed to develop in isolation, and is then visited by a woman from a more progressive age? What’s the endgame of so much hate? What happens if the misogynists win? 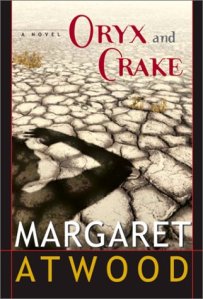 Oryx and Crake
by Margaret Atwood

Oryx and Crake is what happens if the misogynists win. It is what happens when patriarchy and abuse are so accepted, so ingrained in young boys’ lives, that they’re the ones who doom the world and shape the next one. Margaret Atwood’s weird, wild, wonderland post-apocalypse is captivating in its bleakness. In describing what happened to make the world this way in the first place, she draws the plot out slow like torture. It is an unbearable book to read; I could never take my eyes from it. It requires you take a cold shower and a hard look in the mirror afterward. It requires that you cry and talk to someone else about it and make them read it so you have someone to share fresh scars with.

Art shapes us. These are the books that made me what I am, that gave me hope and took it away, and frightened me and emboldened me. It’s easy to pick 10 books. It is unsettling to figure out why these 10 exactly.