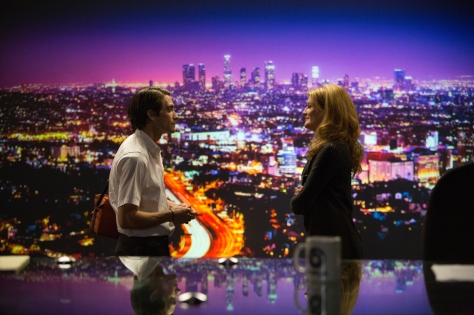 You may not recognize Dan Gilroy’s name, but he’s been writing in Hollywood since 1992. Most recently, he wrote the story for the Hugh Jackman-starring, robot fighting Real Steel and the screenplay for Jeremy Renner’s crack at being Matt Damon, The Bourne Legacy.

It’s shocking that a movie like Nightcrawler emerges as his directorial debut. It’s a low-budget barn burner and dark comedy that focuses on character. Russ Fischer at SlashFilm interviewed Gilroy about what it’s like to write a sociopath for Jake Gyllenhaal.

The interview’s safe on big spoilers but you’ll get more from it if you’ve seen the film. Among other things, Gilroy talks about what it’s like to write without a character arc.

For our own site’s review of Nightcrawler, read here.