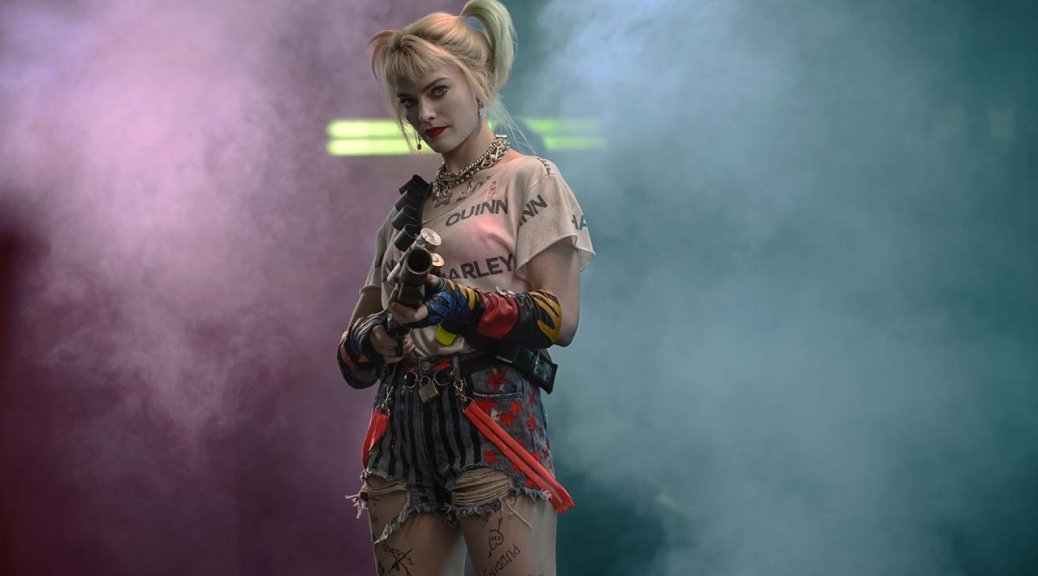 Movie and box office websites have fallen all over themselves to report the failure that is “Birds of Prey”. The Harley Quinn superhero movie only made $33 million in its opening weekend! What if I told you this assessment of its failure is inaccurate? What if I told you there was a male-driven action film with the same budget and same box office performance that came out at the same time of year? Would you be surprised that it was lauded as a box office success and got two sequels?

“BIRDS OF PREY” VS. “KINGSMAN”

Bear with me while we get into some numbers. The budget for “Birds of Prey” is variously reported as between $75 million and $97.1 million. The two most reliable box office reporting sites measure it as $82 million (The Numbers) and $84.5 million (Box Office Mojo). We’ll go with these figures, but also talk about the most expensive estimate later.

The budget for “Kingsman: The Secret Service” was $81 million. It was a male-driven, niche action movie that came out in 2014 and was widely applauded for its surprise performance.

It’s notable to point out that “Birds of Prey” counts its totals without a China opening. China takes an outlandish cut of box office earnings made by foreign films, which account for $22.5 million of the “Kingsman” opening and thus far $0 of the “Birds of Prey” opening. This means that in terms of earning profit, they performed pretty equally and “Birds of Prey” may have even had the better opening weekend abroad.

PERFORMANCE IN THE DCEU

(Even the higher $97.1 million budget estimate reported by Screen Rant means that “Birds of Prey” would be the second least expensive DC Extended Universe movie just behind “Shazam!”)

“Man of Steel” made $291 million domestic off a $225 million budget. A $668 million worldwide total (including domestic) means it likely eked out a profit in the theaters after advertising is accounted for…just not that much of one. It got a $250 million sequel.

“Justice League” never even matched its budget. When it came out in 2017, the $300 million film made only $229 million in the U.S. At a $657.9 million worldwide total, it likely didn’t even make up its outlandish advertising budget.

After just two weeks in release, “Birds of Prey” has made $61.7 million domestic and a $145 million worldwide total. It’s on track to make up its production budget domestically, and to more than turn a profit after advertising once international takes are added. That’s the definition of a success, and it already out-paces other DCEU films.

But “Birds of Prey” came out in February, the same month as “Black Panther”! That means something for some reason, right?

An opening of $33 million is directly in line with other films of this budget. Beyond that, the film had a great second weekend hold, only dropping 48.2%. In fact, it joins “Aquaman” and “Wonder Woman” as the only DCEU films not to have dropped more than 50% in their second weekends.

Why we’re suddenly pretending it’s a surprise or mystery is…well, the reason’s obvious but let’s get to that in a second.

As Comic Book points out, another close comparison to “Birds of Prey” is “Ford v Ferrari”, the Matt Damon-Christian Bale Oscar-bait film that opened at $31.5 million domestic. Comic Book points out that this was a $97.6 million film, just out-pacing even the highest budget estimate for “Birds of Prey”. Yet it was celebrated as a success with a lower, $31.5 million opening. With the benefit of Thanksgiving, the holiday break, New Years, and extending its Oscar run, it amassed a grand total of $117 million domestic and $224 million worldwide.

At $145 million worldwide in just two weeks, “Birds of Prey” is guaranteed to surpass the Oscar-bait racing movie. Yet despite better performance on either a slightly or significantly lesser budget, “Birds of Prey” is defined as the failure and “Ford v Ferrari” as a success.

What makes “Birds of Prey: And the Fantabulous Emancipation of One Harley Quinn” different from similarly performing films? It’s written by, directed by, and stars women.

“Kingsman” is a movie about men that uses women as rewards. It’s co-written by Jane Goldman, but the women in the film are fetishized, need to be saved, and one is presented as an unfeeling sidekick.

Comic Book points out “Ford v Ferrari” is a film written by, directed by, and starring men. These films get a pass when they perform just like “Birds of Prey” did. They’re hailed nonetheless as successes.

That films like this would perform almost the exact same – or worse than – “Birds of Prey” and yet receive the exact opposite narrative assessing that performance is a double-standard, plain and simple.

I’d go even further and say that while progress has been made, there’s also a misogynist bridgehead that’s taking shape in criticism due to 4chan style brigading of review sites. The numbers that get reported about box office are accurate. The narratives derived from them aren’t. They’re neither based on accuracy nor consistency, and they’re too often influenced by what narrative will frenzy male followers into perceiving they’re victims of women and diversity.

As Harley Quinn reminds us, “Behind every successful man is a badass broad”. She just doesn’t get the credit for doing more with less.

Read my review for “Birds of Prey” right here.

Enjoy what you’re reading? Subscribe to Gabriel Valdez’s Patreon. It helps with the time and resources to continue writing articles like this one.

Analyzing which movies succeed and flop isn’t as easy as it used to be. Take The Mortal Instruments: City of Bones, one of a dozen garden-variety supernatural young adult movies made after the success of Twilight. The film cost $60 million to make (advertising additional), and it only made $31 million back in the United States. After opening weekend, it was singled out as a cautionary tale for other studios. Revisiting the film after a drawn-out international release reveals, however, that it tripled its take when foreign box office was considered. Add in home release sales and rental, and City of Bones made a tidy profit. A sequel is even in development.

Google “Need for Speed flops” and you’ll see publications ranging from major industry analysts like Forbes to popular online magazines like Uproxx declaring the film a major bomb that threatens DreamWorks’ entire yearly financial outlook. True, Need for Speed did thud into U.S. theaters with a lackluster $17 million opening weekend. This caused an industry-wide race to be the loudest voice turning its flop into a cautionary, knew-it-all-along warning about why movies based off of video games will never be profitable.

Then a funny thing happened. A week later, the film’s topped $130 million worldwide, with weeks left in theaters and many major territories yet to open. A huge hit in China, Need for Speed will make its $66 million production budget back in that country alone.

We typically look at the top movies of a week or a year through American eyes only. The relaunch of RoboCop, for instance, had a $100 million production budget. It’s made only $57 million domestic. Considering the advertising involved, it lost at least $100 million in the U.S. It will be remembered by entertainment journalists as a complete flop. And yet…its worldwide haul sits at $237 million and growing fast.

You might ask yourself why they keep making Die Hard sequels when it’s clear that U.S. audiences have passed the point of diminishing returns on the franchise. Because 80% of the last entry’s $300 million haul came from overseas, that’s why.

In fact, Bruce Willis has achieved only modest success in the U.S. the last five years. He is not a sure domestic draw anymore, but he remains at the top of casting lists because he’s so popular in Australia, China, Japan, Russia, South Korea, and Western Europe. It is virtually impossible to make a Bruce Willis film without making money. He guarantees that, even if a movie under-performs at home, it will make a sizable profit. 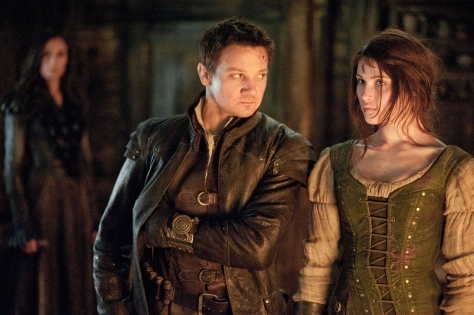 Films like Need for Speed and 2013’s Hansel and Gretel: Witchhunters are the mid-budget models for post-holiday releases going forward. American audiences don’t flock to the theater January through March, when Winter is at its worst, but many foreign audiences do. After a disappointing January weekend in which Hansel and Gretel opened a weak slew of movies, it was declared a financial failure. It eventually hit $225 million worldwide. For a film that cost $50 million to produce, that meant a huge financial success and, like City of Bones, a sequel in development.

A week ago, Need for Speed was a complete financial disaster of a film. The concept of its challenging Fast and Furious as a franchise was a joke. Now, it’s one of the hottest international properties, and a sequel has to be on the table.

The United States alone does not dictate box office success anymore. It hasn’t been that way for more than a decade, but it’s become especially apparent in recent years as other countries build more theaters and their own film industries. Studios now engineer films with international release strategies, and add extra footage to movies like Looper to tailor them for foreign audiences. The 2010 remake of The Karate Kid was cleverly re-edited for Chinese theaters so that it wasn’t about a transplanted American boy learning kung fu after being beaten up by Chinese bullies, but rather about a displaced American troublemaker who instigated fights himself and – through kung fu – learned to adjust to his new country.

If the industry has changed, why haven’t the journalists, analysts, and bloggers who cover it? It’s time to stop deciding whether a film is successful from a box office standpoint after the first U.S. weekend. Cautionary tales are great to write and all, but people who tell them every week have a bad habit, not a useful perspective. They’re no longer looking at the full picture.

I’d also like to add…RoboCop, After Earth, Hansel and Gretel: Witchhunters, A Good Day to Die Hard…can we please stop saying American audiences have bad taste? If we do, it’s pretty clear we’re not the only ones.

Box office statistics for this article are drawn from the top two websites on the subject – Box Office Mojo and Box Office Guru.