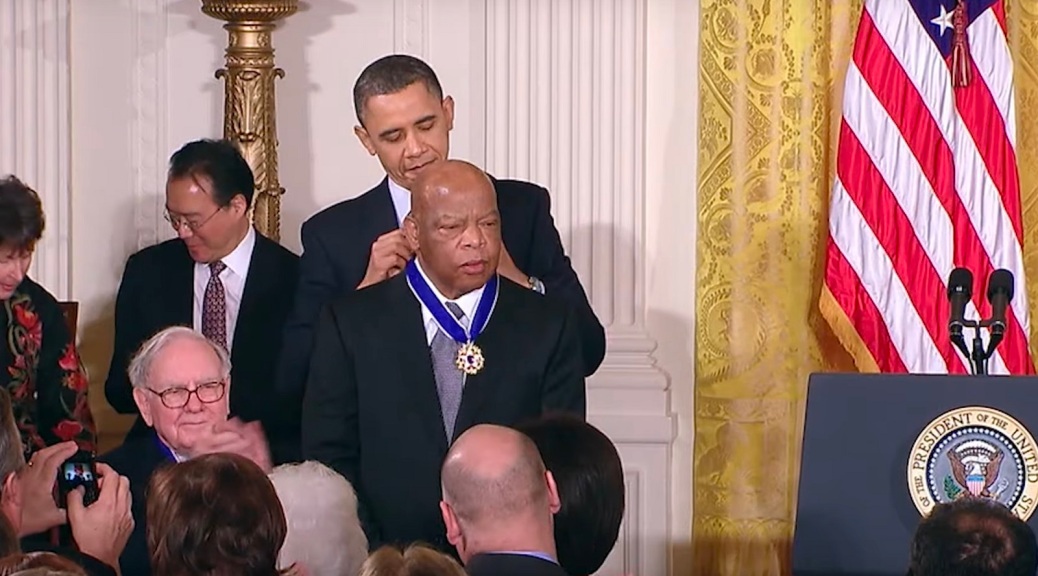 There are a half dozen new documentaries to feature this week. I don’t know that every week will get its own documentary article separate from “New Movies + Shows by Women”, but some weeks it makes sense to split them. Without getting bogged down in too much commentary, let’s get right to the films:

“John Lewis: Good Trouble” documents the life and impact of civil rights leader and U.S. Representative John Lewis. He was there in the midst of the Civil Rights Movement: one of the founding members and later the leader of the Student Nonviolent Coordinating Committee, organizing lunch counter sit-ins in Nashville, one of the original 13 Freedom Riders.

He was the youngest and is the last surviving speaker of the 1963 March on Washington, having joined Martin Luther King, Jr. and four others famously speaking before the Washington Monument.

When the Selma to Montgomery march stopped to pray on Edmund Pettus Bridge in 1965, police charged and assaulted the crowd, fracturing Lewis’s skull. These are just the most fundamental basics of Lewis’s story. It goes on; to document it all here would take more time than director Dawn Porter’s film.

Porter herself has made a name in documentary filmmaking in a relatively short amount of time. “Spies of Mississippi” focuses on a taxpayer-funded spy agency the state formed to keep segregation alive and sabotage the Civil Rights Movement.

“Trapped” documents the hundreds of state-level regulations designed to strip away access to legal abortions bit by bit, particularly in Southern states.

“Bobby Kennedy for President” is a 4-part Netflix documentary that tells the story of presidential candidate Robert F. Kennedy, who platformed various civil rights movements and anticipated many liberal and progressive policy stances by decades. He was doing well in the primaries for the 1968 Democratic nomination before his assassination.

“#Anne Frank Parallel Stories” tells the stories of five women survivors of the Holocaust, who are the same age that Frank would have been if she had survived. The film seems to interrogate what parts of Frank’s story aren’t known, and can be understood by these women’s experiences.

Tied into this is a young woman who travels to locations that are associated with Frank, and her social media updates. (This last part has received some criticism.) Helen Mirren narrates.

Sabina Fedeli and Anna Migotto are both fairly new documentary filmmakers. This is Fedeli’s first feature, and Migotto’s second.

You can watch “#Anne Frank Parallel Stories” with a Netflix subscription.

“Scheme Birds” tells the story of a defunct Scottish steel town. It follows a teenager named Gemma who pursues becoming pregnant, and is being raised by her grandfather.

This is Ellen Fiske’s first documentary feature. Her pairing with Ellinor Hallin is interesting. While “Scheme Birds” is also Hallin’s first feature, she’s an experienced cinematographer in both documentary and narrative filmmaking.

You can rent “Scheme Birds” for $5 on Amazon.

Bryce Dallas Howard is famous for (depending on the generation you ask) being a well-known actress in the “Jurassic World” franchise, not being Jessica Chastain, or being Ron Howard’s daughter. She’s also made an increasing number of forays into directing. “Dads” is a documentary about celebrity fathers, including Neil Patrick Harris, Hasan Minhaj, Will Smith, and Patton Oswalt.

She weaves in her own story and relationship to Ron Howard, as well as his stories of her grandfather Royce. In this, she examines how the perception of what fatherhood should be has changed across generations.

Bryce Dallas Howard has directed several short films, documentary featurettes, and music videos. “Dads” is her first feature, and she also directed an episode of “The Mandalorian” last year.

You can watch “Dads” with an Apple TV subscription.

“Elliott Erwitt: Silence Sounds Good” follows one of the world’s most accomplished photographers. Despite his long and iconic history, Elliot Erwitt is himself little known. When relations were normalized between the U.S. and Cuba, he was invited to Cuba to follow up on a series of photos he’d taken decades earlier.

You can watch “Elliott Erwitt: Silence Sounds Good” on…well, that’s the trouble. It was scheduled for a July 3 virtual theatrical release, and I’ve figured out how you can screen it in French, but some distributors are absolutely failing in letting people know how to see these kinds of releases.

The U.S. distributor, Cargo Film & Releasing, currently lists all of its films in theaters directly on top of each other (on multiple devices) so that you can’t actually tell how many there are. The landing page for this documentary itself hasn’t been updated. Put it on your radar, I suppose.

One Thousand Stories: The Making of a Mural (virtual theatrical)
directed by Tasha Van Zandt

Director Tasha Van Zandt happened upon a modern art project on the streets of San Francisco. The next day, she started documenting it. The moving mural project filmed anyone who wanted to participate, anywhere, as their filming trailer roved around the city. More than 1,200 people eventually took part in a fresco that’s displayed at the San Francisco Museum of Modern Art.

“One Thousand Stories: The Making of a Mural” is a 15-minute short documentary.

Van Zandt has worked around the world as a commission photographer for “National Geographic”, “The Guardian”, and “TIME”, among others. She’s currently finishing her first feature documentary, “After Antarctica”.

You can watch “One Thousand Stories: The Making of a Mural” on…well, it’s another Cargo Film release that’s hit its release date, is listed as released, and isn’t released.

A Note on Cargo Film & Releasing

Why feature these last two today and not in a future week? Because they won’t be listed in a future week, and there’s no realistic way to track every distributor that doesn’t provide accurate information. The best I can do is feature them when release calendars are given official dates by the distributor. At the very least, this puts these last two documentaries on your radar, and then I can update again if I happen to see them follow through on their releasing.

This is a frustrating obstacle even for large publications and releasing calendars to track, let alone one dude trying to write a weekly article. It’s disappointing, especially because Cargo Film & Releasing does have a lot of good documentaries by women coming up.

This distributor in particular appears to have relied on the films themselves to organize and list their virtual theatrical runs, which the smaller films among them can’t always do. The distributor is supposed to have the resources and skill to flexibly change their website or report changed release dates as needed – something a single documentary filmmaker like Sanfeliu or Van Zandt might not always have.

I can either hope I notice these two films later when they are realistically available, which is unlikely if their distributor isn’t updating release calendars on them or even communicating changes on their landing pages; or I can share them now and still update later if they come back across my radar. This way at least makes sure that people are aware of them. 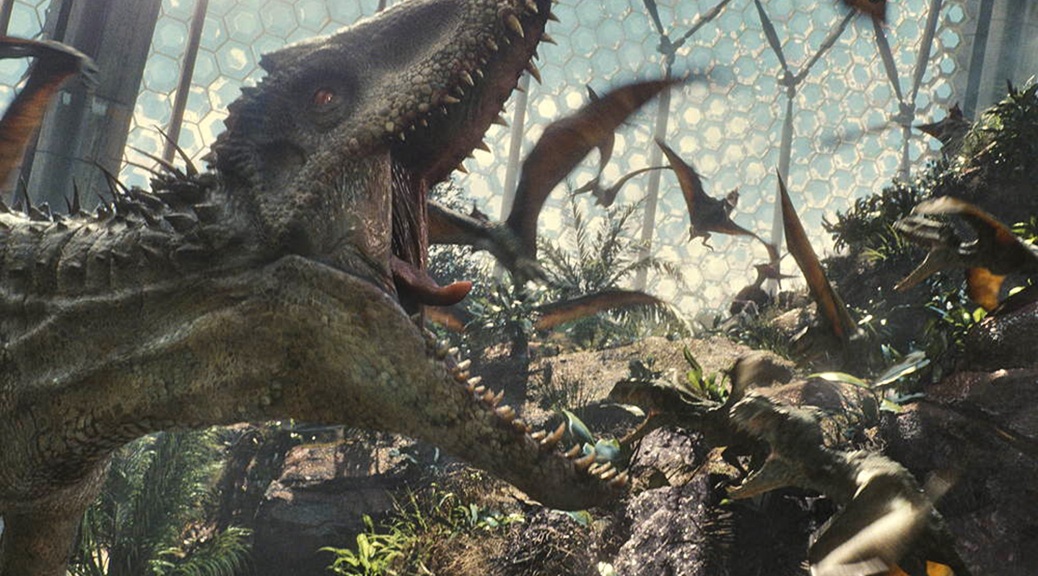 My review for Jurassic World on AC is glowing. Too many sequels think that respecting the original movie in a franchise is about emulating it endlessly. It creates watered-down copy-pastes that diminish the franchise each time. That’s the problem with The Lost World: Jurassic Park and Jurassic Park 3.

Jurassic World thinks the best way of respecting the original movie is to play with it, to interact with it on a meta level. If you love Jurassic Park, it seems to say, you shouldn’t put it on a pedestal and never touch it again. You should poke and prod at it, interact with it, and take all its themes and spin them on their heads just to see where they land. Jurassic World is a movie written as non-seriously as possible and then filmed at face value, a self-aware film featuring one of the most self-deprecating leads on film today in Chris Pratt. It does some things wrong, but it takes a lot more chances than I ever would’ve expected. Read my entire review on AC here: