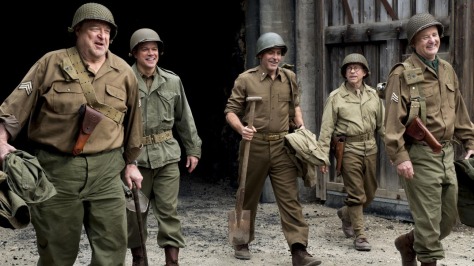 In Roland Emmerich’s global disaster film 2012, the wealthiest people and most important artwork have been preserved on an ark meant to survive the apocalypse. One scientist, played by the excellent Chiwetel Ejiofor, has a copy of an unknown novel that’s barely sold 500 copies. “This book is part of our legacy now,” he says. “Why? Because I’m reading it.” It’s a profound statement about art in a profoundly cheesy (but fun) movie.

What we carry forward, what we find defines our culture’s past, is the art we choose to let survive, and the art that makes it anyway. George Washington crossed the Delaware River to change the fate of the Revolutionary War not on a cold, moonlit night in 1776, but in a painting. That painting, Washington Crossing the Delaware by Emanuel Leutze, is stamped and reprinted in the pages of every history book I’ve ever seen on the subject. Every day someone sees it for the first time. It gets dozens of historical details wrong, but it may be the single, most famous American image.

George Clooney’s The Monuments Men is based on a group of scholars who took on a thankless task as World War II came to a close. Nazi Germany seized collections of art from conquered nations like Belgium and France. The job of Frank Stokes (Clooney) and his team was to track down the art and return it to its rightful owners. Much of the art was initially transferred to Germany’s wealthy and elite. As Germany lost territory, it often destroyed these works. It was their way of claiming some momentary, spiteful victory in the face of imminent defeat. 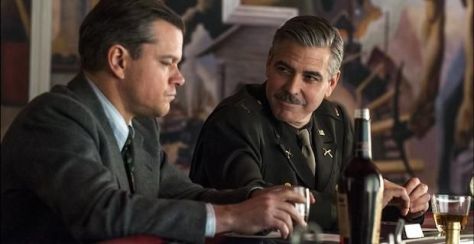 Clooney is joined by Matt Damon, John Goodman, and Bill Murray as a rag-tag group of scholars-turned-soldiers who risk their lives to save this art. Cate Blanchett co-stars as a helpful Parisian researcher. The Monuments Men shouldn’t be mistaken for a movie about battle, however. There are encounters, but they’re episodic and usually take an unexpected turn. There are soldierly deaths, but this isn’t a movie about the horrors of war and what it makes men lose. This is a movie about the things we seek to save.

Clooney and Damon smartly diminish their own roles. Clooney gets some monologues, including a particularly good one opposite a captured German general, but as their band traipses across the French countryside, splitting up and reforming when needed, it’s the everyman qualities of Goodman and Murray that shine through. Murray, in particular, gives us the film’s best scene, and it’s sometimes easy to forget what a genuinely touching actor he can be.

The Monuments Men is a quiet film, but it’s not boring. In its own way, it’s intense. Clooney hasn’t directed many films, but when he does (Good Night and Good Luck, The Ides of March), he makes old-fashioned ones, heavy on story and character, laced with humor. What he offers as a director isn’t a particular visual flair, but rather a deep reverence for his subject matter.

The Monuments Men is better than I expected, an unassuming gem of a film that asks for, and earns, your patience. Thanks to the things that have lasted in our own culture, a poet constantly contemplates “The Road Not Taken,” Aretha Franklin constantly demands respect, and Dorothy is constantly finding her way home from Oz. Every time someone new sees or hears one of these and takes meaning from it, the universe of possibilities expands in their minds. We realize someone else understands what we’re feeling, and that we’re linked to other strangers who share that understanding. Art is how we make sense of the world, how we derive meaning from chaos.

That George Washington crossed the Delaware once to attack the British is a historical detail many will forget. But he didn’t just do it once. He is constantly crossing the Delaware River, every time someone looks at that image, and we are held to a higher standard because of it. This is what art does, and why despots seek first to destroy it. This is what Clooney so elegantly communicates in The Monuments Men. Is art worth a life? There’s no right answer. Is art worth a way of life? I don’t see how you have one without the other. 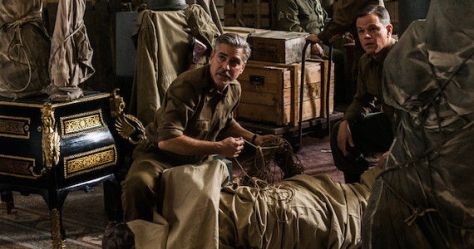 The Monuments Men is rated PG-13 for war violence and smoking.

A version of this review appears in the 2/13 edition of La Vernia News.