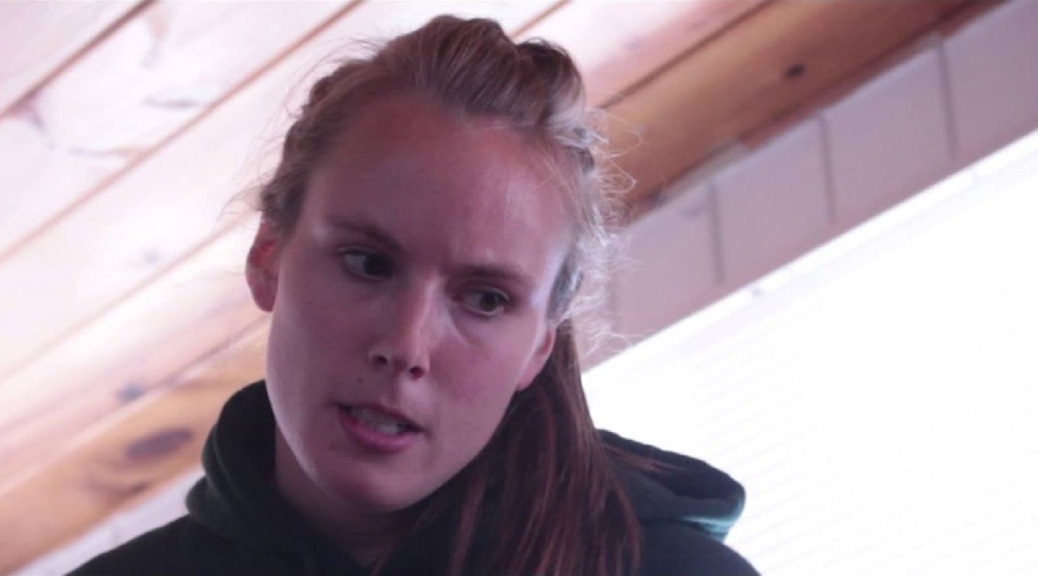 Words have consequences. That’s what happened when Gina Carano was fired from “The Mandalorian” in 2021. She had compared “hating someone for their political views” to the treatment of Jewish people that preceded the Holocaust. It’s part and parcel to the narrative that disagreeing with a Republican victimizes them so much that their suffering can only be compared to a genocide.

Before this, Carano had pushed election conspiracy theories and supported voter suppression efforts. Needless to say, Disney got tired of its hit series shouldering the criticism of a supporting actress who had appeared in fewer than half its episodes. Why cover for her and risk a serious hit to the reputation of a cornerstone franchise? Carano was fired in February 2021 and Disney stated that she wouldn’t appear in any future “Star Wars” projects.

Since then, Carano has been associated with film projects by The Daily Wire, Ben Shapiro’s media company, and “My Son Hunter”, a film based on Rudy Giuliani’s 2020 election conspiracy propaganda that centers on President Joe Biden’s son Hunter. It’s by the makers of “The ObamaGate Movie” starring Dean Cain. What, they couldn’t get Kevin Sorbo?

Carano more recently argued that Russia’s invasion of Ukraine is nothing but a conspiracy to distract from the U.S. government “losing control of the covid narrative”. She’s also said that the COVID-19 vaccines are most similar to the AIDS epidemic. Not that the COVID-19 pandemic is similar to the AIDS epidemic, but that the vaccines are. She lamented being “stripped of everything” due to the firing. You know, aside from her $4 million net worth and contracts that came pouring in from Republican outlets.

Point is – and I meant to make it more briefly than this, but the examples really keep on coming – that Carano is exceptionally toxic and can’t return to the franchise. Yet why let her take a character with her? Marshall Cara Dune of “The Mandalorian” is a character others wrote, directed, choreographed, and even performed in certain moments. A character is always the creation of many, not just one person.

Recasting should always be a well-considered conversation. It can be easily abused to minimize actors’ creative input, or to keep them from revealing a toxic set. Here, however, it was Carano who was the toxic and hateful one. She was the one creating the problem. Franchises constantly update characters to toss out the elements that don’t work. If Carano’s the element that doesn’t work, problem solved.

Was our immersion ruined when “Batman Begins” recast love interest Rachel Dawes from a solid Katie Holmes performance over to an even better Maggie Gyllenhaal? No, it was the right move.

We’ve got a couple of Spider-Men and Batfolk and Commissioners Gordon bouncing around, no one’s making the argument that shifting back and forth between their actors ruins immersion.

“The Mandalorian” purposefully doesn’t cast dynamic supporting actors. It casts supporting roles with actors who play directly into type so that Pedro Pascal can stand out as exceptional even when he’s unable to show his face 95% of the time. If the supporting actors were our best character actors, Pascal would become lost. This isn’t a criticism of the show’s actors – type actors aren’t lesser than character actors, they just perform a different storytelling role. It’s how you can make the faceless role the most dynamic one among actors who all get to show their faces. You cast the ensemble for earnest portrayals, not complex ones, and it works beautifully.

I say this as someone who used to be a fan of Carano’s. When she was competing in MMA, she was my favorite fighter. She was a stand-up fighter who tried to win fights with a minimum of going to the ground. That reflected what I was taught in taekwondo and kickboxing growing up, and I appreciated that there was a fighter who made that philosophy work in a sport that tends to prioritize grappling. I tracked down a lot of her early films before streaming was as widespread because I wanted to see the fight choreography. Even then, I knew she wasn’t a good actress. Maybe she’d become one, but I watched her the way I watch some early Schwarzenegger movies – because I appreciated what they were doing on-screen even if the acting was questionable.

Carano is eminently replaceable as an actor. Even if she weren’t, she says a lot of harmful, dangerous shit. Anyone who’s pushing hatred and conspiracies shouldn’t be given a platform, and pushing hatred doesn’t give someone a magical right to someone else’s platform. I’m glad Carano’s fired, and I hope the conservative rumor mill that regularly insists she’ll be rehired remains nothing more than clickbait gossip.

Of course, the easiest way to not rehire her is to recast the role and move on. It also enables all those other people who helped create the character to keep on doing so.

If you keep Cara Dune, though, who plays her? Fan recasting efforts centered around Lucy Lawless, but I don’t know that she’d communicate the same character. She also has a habit of outshining her costars, which works in her projects – but is the exact opposite of what “The Mandalorian” needs from its supporting actors. Lawless is also an order of magnitude more expensive than what they were paying Carano. Even hit series have to keep to budget.

Why not just cast the woman who’s already played Cara Dune? No, not Carano. Amy Sturdivant has been Cara Dune’s stunt performer on the show. She was also Taskmaster’s stunt performer in “Black Widow”, and appeared as a stunt actor in “Obi-Wan Kenobi” and “Captain Marvel”. Here’s a short fight film of hers:

Despite how much they contribute to creating characters, down to how they move through a scene, stunt actors rarely have paths into acting in Western film. The film industries of many Asian countries regularly look for talent among stunt performers to promote into acting – Jackie Chan, Sammo Hung, and Tony Jaa are some of the most famous.

As the American film industry has embraced more martial arts fight choreography, though, it’s lagged behind in creating this stunt-to-acting pipeline. This is one reason why American fight scenes still lack the complexity, scope, and length of Chinese, Hong Kong, Korean, Indonesian, Japanese, and Thai fight scenes.

The mold needs to be broken. We’ll stick singers, dancers, streamers, Instagram stars, and celebrities-of-the-moment all into our movies and series with no acting experience, and give them every resource to succeed, but stunt performers who have eaten and breathed their lives on set for their entire career still don’t have that pipeline. Stunt performers who’ve taken physical risks and suffered injuries portraying characters with barely any credit still don’t have that pipeline. Hell, Carano had no acting training before she shifted from MMA to Hollywood. Why should it stop a stunt performer who’s already been on sets for 10 years?

Amy Sturdivant has already performed Cara Dune in some of her most harrowing moments. I’m not making the argument she’s a great actor. She could be, who knows? I’ve watched some of her short films and choreography sessions in researching this article. She seems solid, and has enough charisma to deliver Cara Dune. More to the point, she’s already done the hardest, most taxing parts of portraying that character capably. I’m just saying let her do it 100% of the time. What do you have to lose? A side character in a few episodes who’s otherwise written out of the series?

But angry Republican fans will…do what? They’re already angry at you, they’ve already said the things they’re going to say, the few who’d stop watching have already done so.

The fans who are sticking with the series, the ones who wanted Carano to go, would be happy to see her recast with someone less toxic and hateful. A lot of people would be pleased to find out it’s someone who’s been involved with the character from the start.

It’s the easiest recasting in the world in terms of finding your replacement – Sturdivant doesn’t just already work on the series, she already works on that character’s performance. Given the nature of “The Mandalorian”, Sturdivant’s already helped shape the Cara Dune we’ve seen. Why not let her keep on doing it in a way that’s more visible?