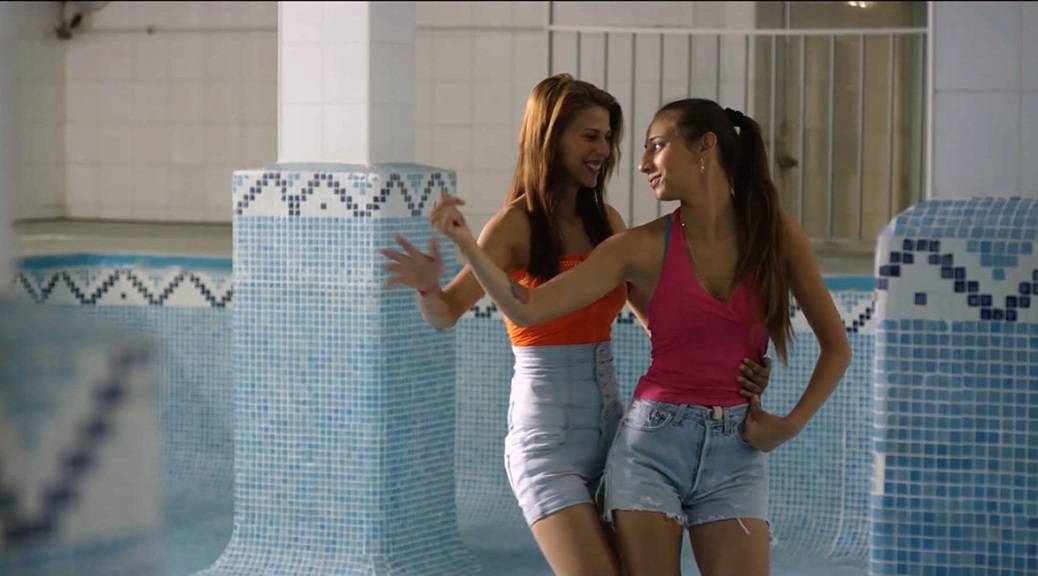 Streaming services continue drawing from other countries to bolster their content during COVID-19. It’s still difficult for series to go into production in many places. I’m sure some of these agreements were in place before the pandemic shut things down in the U.S., but I think we’re going to see subscription services dive more deeply into content from other countries. They don’t want a slowdown in content, and this is the easiest way to work around production limitations.

This Australian comedy is seeing its U.S. debut on NBC’s nascent streaming service Peacock. A success in Australia, it’s already been renewed for a second season. “Five Bedrooms” follows five different protagonists of different ages. They meet at a wedding, where they all find themselves seated at the table for singles (this is a thing?) They drunkenly decide to buy a house together.

The show is co-showrun by Christine Bartlett with Michael Lucas. The two also write 7 of the 8 episodes. Half the episodes are directed by Corrie Chen and Fiona Banks.

You can watch “Five Bedrooms” with a Peacock subscription. Remember, Peacock is currently being offered free through a variety of other services.

“Mapleworth Murders” is a broad satire that takes shots at shows like “Murder She Wrote” and “Miss Marple”. A number of “Saturday Night Live” alum look to be passing through as recurring and guest stars.

Every episode is directed by Claire Scanlon. She’s a veteran director whose credits include “Brooklyn Nine-Nine”, “GLOW”, and “Fresh Off the Boat”. Scanlon started as a documentary editor before shifting into comedies. She ended up being one of the mainstay editors on the U.S. version of “The Office”, editing 28 episodes.

You can watch “Mapleworth Murders” with a Quibi subscription.

Carmen is a Roma girl who lives in Madrid. On the cusp of adulthood, she’s expected to get married quickly and start raising a family. She meets Lola, a girl who wants to leave their community. The two connect and become increasingly romantically involved – inviting harsh responses from their families.

Director Arantxa Echevarria started in Spanish filmmaking as an animator, production assistant, and assistant directing trainee in the 1990s. She’s steadily worked her way up through camera operations, assistant directing, and production management. She made her first feature in 2010 – a documentary arguing for women to play football (soccer in the U.S.) professionally. She’s made several short films since then. “Carmen Y Lola” is her first narrative feature.

You can watch “Carmen Y Lola” with an HBO subscription.

“An Easy Girl” follows a girl named Naima living in Cannes, France. Her older cousin Sofia arrives for a holiday and introduces her to a more capricious lifestyle. The two connect as the introverted Naima begins taking after Sofia’s more relaxed approach to life.

If you follow French Film, you may be familiar with director Rebecca Zlotowski as an up-and-coming voice. Her “Grand Central” in 2014 saw a spate of awards both for her direction and the film’s performances.

You can watch “An Easy Girl” with a Netflix subscription.

I shared this back in April when it came to VOD. Given this COVID-19 era, I always like to share something again when it hits a subscription service for the first time.

“The Lost Husband” is about a woman going through a process of self-discovery and being rewarded with hot farmer Josh Duhamel. It looks like an entirely predictable, Hallmark-style romance, but there’s a place for that in our lives. There’s something to be said for a romance amid relaxing scenery.

This is writer-director Vicky Wight’s second film as director, after 2013’s well-received “The Volunteer”. She also works as a producer.

You can watch “The Lost Husband” with a Netflix subscription, or see where to rent it right here.

1,100 boys gather in Austin every year to play at politics and elect a governor. A24 as a studio/distributor is famous for genre-changing horror films. This is a documentary, and I think this trailer makes me about as horrified as anything I’ve seen from them.

Amanda McBaine co-directs with Jesse Moss. McBaine is a documentary producer who has occasionally directed.

You can watch “Boys State” with an Apple TV subscription.