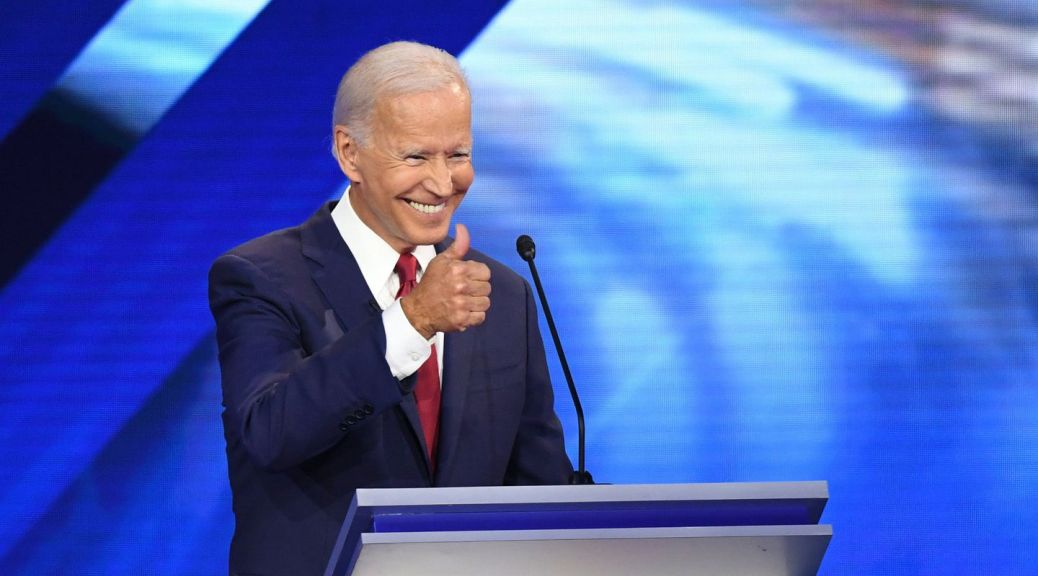 The narrative goes that Joe Biden’s secured the support of voters of color. Except – wait! The new narrative is that Bernie Sanders might be leading among voters of color. What does this mean? Usually it means that someone is “winning” us because they poll at 20-some percent among nonwhite primary voters, and that’s slightly more than the next person who polls at 20-some percent.

White voters have polled at similar numbers for candidates like Biden and Elizabeth Warren. Why aren’t they “secured” or “wrapped up” or any of the other descriptions we throw around for voters of color?

Biden has the support of a plurality of Black voters in polls. That means more support than anyone else, but not more than 50-percent. That’s often been misrepresented as a majority. In turn, that transforms into a majority of people of color. People don’t bother to look up how Latinx voters, or Asian American and Pacific Islander (AAPI) voters are polled.

Biden’s squarely hung around the mid-20s in terms of Latinx support. With a split field, that’s meant that he still leads by a few percentage points in most polls. Sanders also polls strongly. Warren does in some polls, and hovers nearer 10% in others. Mid-20s is absolutely not a majority. The leader in Latinx polling is often still Undecided.

Add to this that there are barely any polls taken of Latinx voters in the first place, and nobody really has much of a clue – indicators are all over the place and the aggregate itself is shaky.

Websites like Common Dreams and Truthout have run with the notion that Bernie Sanders has just taken the lead among voters of color. Why? Because of a single NPR/PBS NewsHour/Marist poll that places Sanders at 29% and Biden at 26% among nonwhite voters.

That poll holds value, but it doesn’t magically upend all other polls that also hold value. Most importantly, NPR points out about their own poll, “the margins of error with these subgroups are too high to draw any definitive conclusions”. Yet that’s not stopping Common Dreams and Truthout from drawing definitive conclusions.

This is somewhat galling given how insistent Sanders was that voters of color were prioritized too highly in the 2016 primary. Hillary Clinton won 78% of Black voters and 65% of Latinx voters in that primary – a record margin in a primary among people of color – and this was often downplayed as unimportant or only having to do with loyalty.

The idea that anyone – Biden, Sanders, or anyone else – should claim notable support from voters of color because they poll at 20-something percent in an election that has yet to take place is insulting when voters of color voted for a candidate at 70+ percent in the last primary, and this was made to seem thoroughly unimportant.

It makes us into props, easily set aside when inconvenient, but valuable when we help to set the scene for the narrative you want to tell.

Biden and Sanders seem to be ahead of the field among voters of color, sure, but let’s not award them some sort of mandate for polling in the 20s. And let’s certainly not do so when a record margin of support that was 50 points higher has been downplayed and ignored since then by both those candidates.

There are several things going wrong in this thinking. The first is that polls of Black voters represent polls of all voters of color. This is not true. Black voters and Latinx voters sometimes vote in concordance and sometimes support different candidates. That may happen this time.

Terms like “people of color” and “voters of color” have a precise use. They include Black people, but the terms are not interchangeable. You can’t take information about Black voters and say it represents information about all voters of color. That’s just a convenient way for someone to erase groups of people like Latinxs. Not specifying that you’re referring to individual groups is also too often used as a way of co-opting other groups’ narratives without having to be accountable to them. That’s what’s happening here.

Biden has a notable lead among Black voters, though it reaches a plurality and not a majority of those polled. Biden does not have a notable lead among Latinx voters, and there haven’t been enough polls of us to know much for certain. Biden may have a lead among AAPI voters, but these polls are so infrequent that pollsters can’t assure much accuracy and can’t observe shifts in preference over time. Nobody polls Native voters because the media figures there’s not enough interest, instead of it being their job to teach why it should be important – so nobody really knows who different Native groups will support.

It is true to say that Biden leads among Black voters in opinion polling. It’s also important to listen to why. Yet that same information cannot then be extended to apply to other groups simply because you lack information about those groups. A plurality among Black voters should not be represented as a majority of Black people, nor as a majority of all people of color.

What should make you wary of this whole line of thinking is that white allies often like to come up with narratives that describe what people of color will do, why they’ll do it, and what it will mean…without people of color even having done it yet. It allows a co-optation of our actions before we take them, usually to claim a support that we haven’t yet decided.

Yet when that same logic is applied to voters of color, alternative media pushes the narrative, mainstream media takes the bait, and suddenly too many white allies are acting like it’s a narrative to be taken seriously, instead of the exact same level of ridiculous.

Nobody has us sewn up. There are favorites in some communities, just like among white voters, but nobody’s applying the same narratives or making the same claims about them that they are about us.

We get it. We’re useful for your candidate’s narrative. But if you want more than that, if you actually want that support to develop once voting rolls around, your candidate has to be useful to our reality. Work less on the narratives you sell, and more on the policies that help us.