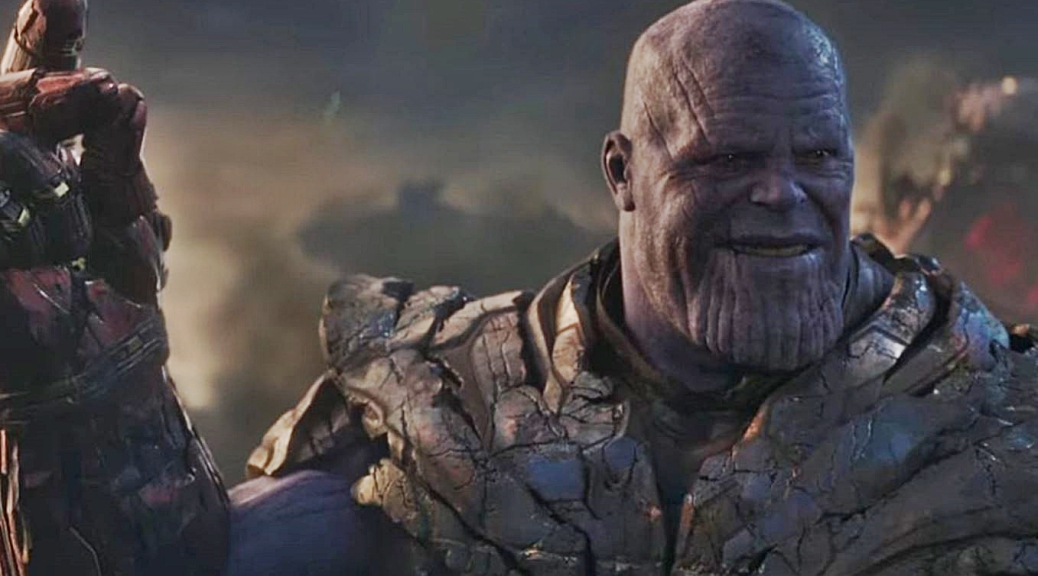 Please be aware there are spoilers for various films in the Marvel Cinematic Universe in this article.

Everything I read about upcoming MCU shows is that this character didn’t really die, they’re coming back, etc. I realize one of those shows may take place inside someone’s head, or in an alternate reality, or depend on the timey-wimey bits of “Avengers: Endgame”. It just makes a lot that’s come before it feel even more questionable.

Who Stays Dead in the MCU?

Characters coming back to life simply because we like them, enjoy their performers, and want to see more of them begs a very obvious question:

Who did die in the MCU and will really stay dead?

A lot of people in Sokovia who died in “Avengers: Age of Ultron” are still dead. That’s a nation coded as Eastern European.

Most of a group of fleeing refugees whose homeland was just devastated in “Thor: Ragnarok” are still dead. That made a noteworthy opening for “Avengers: Infinity War”, but it stomped all over one of the chief takeaways from “Ragnarok”.

Later in the film, thousands of soldiers in the African nation of Wakanda protect an android. They die simply because the heroes are unwilling to give up one life. They’ll give up thousands of African lives, sure, but heavens no – not an android who wants to sacrifice himself in order to save others.

Oh, and countless planets we’ve only seen in passing and are unimportant have been annihilated. They’re not important because they’re coded as “other”.

Iron Man got more of a sendoff in “Avengers: Endgame” than all these groups combined.

Superhero movies work with the notion that people are at risk. They have to be saved from something that threatens them – without that precept, there wouldn’t be a need for superheroes. The MCU deserves some credit for wanting to explore what happens when the superheroes fail. Yet that failure is only ever used as window dressing, or a plot device. Nothing is revealed from it.

What happens in Sokovia is the fuel for a plotline in “Captain America: Civil War”. Should superheroes be regulated with international oversight? That’s an interesting question. I do get that exploring it in greater depth doesn’t put butts in the seats the way that car chases, great fight scenes, and Chris Evans benching helicopters does.

Yet the imperative to make money in these movies doesn’t excuse them from using mass killings simply as a plot device to get superheroes to face off. The ultimate question of whether superheroes should be regulated and have oversight really ceased to matter after that movie.

Theoretically, it still would have been an issue – especially after all they do across two-thirds of “Civil War” is destroy large chunks of major cities. Yet aside from positioning certain characters (Captain America and friends stay in hiding, Iron Man and his cohort dorm up together), that fight about being accountable to their destruction never again matters.

When a group with power does something negligent in the real world that causes death and impacts lives, we generally favor their being held accountable in some way. Take the Deepwater Horizon Oil Spill in 2010 or any of a dozen other corporate disasters. Whether that accountability is ever enacted is another question. We do want our leaders to seek it out in the first place, though.

Certainly, the creation of a rogue A.I. and robot army that levels an entire city (and portions of others) is pretty dang negligent. It causes deaths, refugees, ruins an economy, and impacts hundreds of thousands (if not millions) of lives. Oh, and the city was almost used as a giant meteor to wipe out the human race.

“Avengers: Age of Ultron” does give us two survivors of a war to root for in Scarlet Witch and Quicksilver. She blames Iron Man’s alter-ego, Tony Stark, for selling weaponry that contributed to her and her brother being orphaned. Yet the onus in that film is never on the audience to have a problem with Stark. We’re told he’s already changed and that’s good enough. Instead, the story focuses on Scarlet Witch getting on board with the program so that she can help save Sokovia. What’s she saving it from? From mass destruction that’s once again the fault of Tony Stark.

She discovers the magic of forgiving someone for helping destroy her country even as his actions destroy it again. That’s certainly a fairy tale I’m sure many powerful leaders tell themselves.

Two Early Places They Got it Right

I get it. It’s hard to turn on the people who saved humanity from Loki and aliens and tell them that act doesn’t mean they have a blank check to do whatever they please. That’s not really what I’m asking, though. What I’m asking is that the filmmakers treat mass killing equally.

I think about “Captain America: The Winter Soldier” a lot because even the threat of genocide was treated extremely seriously there. It wasn’t the whole world being threatened in that film, it was people selected out through mass surveillance for their political beliefs and likelihood to resist. “Winter Soldier” had jokes and stellar action scenes, and it also treated the subject matter they were engaging as if it was worth examining more deeply.

The first “Guardians of the Galaxy” absolutely used the potential destruction of a planet and its people as an excuse for action scenes (the way nearly all superhero movies do). Yet it also examined characters who were each either exiled from their race or the last of their kind. They were survivors of genocides. It treated what they’d been through and the trauma that it caused seriously.

Then the second “Guardians of the Galaxy” came along and ended with a big funeral for Yondu, who we find out early in the film was disgraced because he was once a child trafficker. Nobody ever deals with that, but it’s apparently OK because the protagonist saw him as a father figure. Everyone’s happy! Except all those kids he trafficked who are dead now.

“Avengers: Endgame” uses a range of Holocaust remembrance imagery, chiefly delivered through Ant-Man coming back into the world without knowledge of Thanos’s genocide. He has to discover what’s happened through the iconography we put in place to remember half of the world’s population being erased from existence. He then has to race to find if his daughter is still alive. It’s a fairly panicked and serious set of scenes.

Meanwhile, Captain America leads a trauma support group. For perhaps the first time in the wake of an MCU genocide, the tone of everything is appropria– oh wait, Hulk gets recognized by kids in a diner because he’s famous and Ant-Man’s not.

And just like that, the somber tone is over and the meaning of it all is yanked out from under us because we have to get back to being a Marvel movie. What about the remaining Asgardian refugees? Who cares, Thor’s fat now! The genocide is window dressing, the refugees are set-up for a joke.

It goes beyond the screen, too. The only two directors of color in the MCU’s first 23 movies told stories that asked serious questions about colonialism and racism. Ryan Coogler gave us a situation that was impossible to judge or find a right side to in “Black Panther”. He delivered imagery of African superheroes that we haven’t seen on-screen before.

Taika Waititi gave us the best comedy in the entire MCU when it came to “Thor: Ragnarok”. At the same time, he examined accountability to colonialist histories. He also used that comedy to turn a Norse mythology that’s often appropriated by white supremacists into a story about those mythological figures becoming refugees.

Of course, “Avengers: Infinity War” then sacrificed thousands of Wakandan soldiers and those refugees for the purposes of…action scenes, basically. Neither scene was particularly important to the plot beyond the need for a shocking introduction and a set-piece.

Then “Avengers: Endgame” decided it finally wanted to include the Asgardian refugee crisis by jump-starting our first-in-the-MCU line of fat jokes.

The Hierarchy of Death

Genocide in storytelling is something we should be pretty consistent about addressing. That’s not a big ask or a magically high expectation. It’s pretty reasonable to ask that from our entertainment.

We see New York City is worth risking everything to save. Even if it means risking the lives of our superheroes, the story tells us that’s what we need to do.

Sokovia and its Eastern European population is worth saving, too, but the cause of the destruction is absolutely the negligence and carelessness of superheroes. At least they risk themselves to save some of its people in the end, but at the same time it’s suggested those people forgive our heroes their negligence.

“Avengers: Infinity War” tells us Wakanda isn’t worth saving. It’s not worth risking the lives of superheroes to save. In fact, the sacrifice is inverted. We’ll ask Wakanda to risk thousands of African lives for one superhero.

Iron Man floating in space can be saved, but not an entire ship of refugees. That ship of refugees exists to challenge viewers about their perception of who refugees are. Yet we’ll throw that out the window if it means Thanos can give a quick expository monologue that gets us caught up on the plot.

I don’t hate the MCU. Far from it. I like seeing things blow up in pretty colors as much as the next viewer. Yet too often after an MCU movie, I can’t get a quote from Naomi Klein’s “Fences and Windows” out of my head:

“This, it seems, is the ‘civilization’ we are fighting for: battles of who is allowed to bleed. “Compassion,” a friend wrote to me last week, “is not a zero sum game. But there is also undeniably something unbearable in the hierarchy of death (1 American equals 2 west Europeans equals 10 Yugoslavs equals 50 Arabs equals 200 Africans), which is one part power, one part wealth, one part race.

As media makers we need to look deeply into our own work, and ask ourselves what we are doing to feed this devaluation of human lives and the rage and recklessness that flow from it. Traditionally, we are far too used to patting ourselves on the back.”

The MCU generally supports that math. The MCU has developed a tendency to rely on it as a storytelling shortcut rather than challenge it. We need to look more deeply into why some tragedies touch our souls when others are just plot and window dressing.

Yes, it’s escapism, and escapism in turn shapes many of our norms. It influences us. It’s OK to hold it accountable. It’s frightening to do with the things we love precisely because we don’t want to question our love for them – but it’s not just the things we hate and loathe that shift our norms and make us overlook the intolerable. The things we let in and identify with also require that accountability.

Will the MCU Fix This?

We can still identify with one part of something and enjoy it, while also discussing what it can do better. The answer to much of this is finding a greater diversity in the voices contributing to the MCU. On that front, I do have some cautious hope.

The next slate of seven films include two women directors. They’re Cate Shortland for “Black Widow”, and Chloe Zhao for “The Eternals”. Two in seven still isn’t enough, yet it’s twice as many as the first 23 films had.

I enjoy the MCU. I see every film. I’ll see all the new ones. Yet the franchise as a whole needs to get over using genocide as plot shorthand. I’m tired of walking out of those films contemplating what they teach us about throwing away lives of entire populations because we value a superhero more highly.