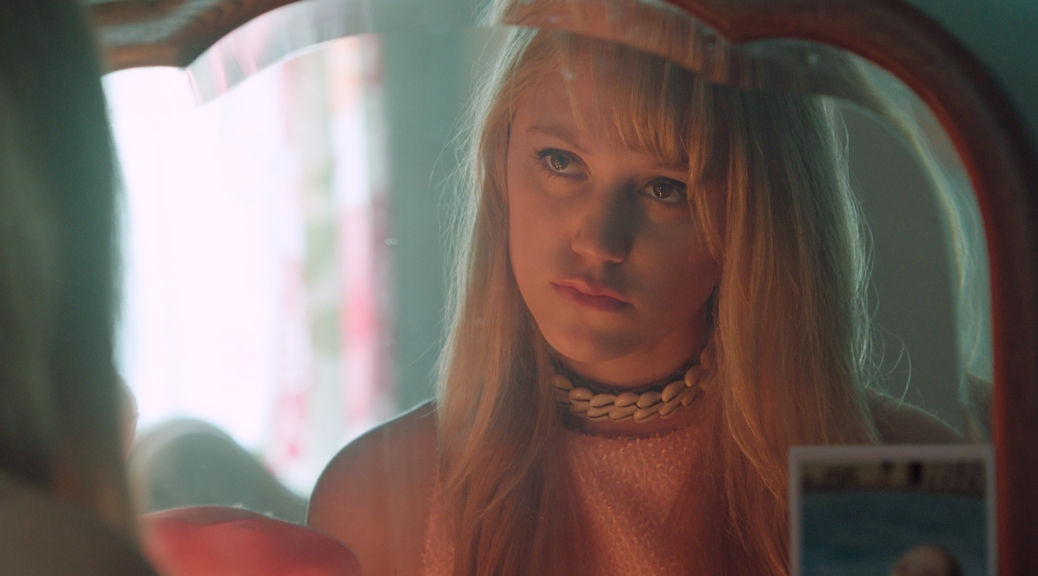 I called “It Follows” the best American horror film in decades. I stand by that. I also said it’s what Franz Kafka would write if he were into sex horror.

The set-up’s simple: Jay (Maika Monroe) sleeps with her boyfriend. She wakes up tied to a wheelchair. He has something and now it’s passed onto her. Instead of a disease, we’re talking about a slowly stalking, horror-movie monster that will one day catch up with her. The only way to get rid of it is to pass it on by sleeping with someone else. The monster always stalks the most recent victim, and works its way down the line, from most recent to originator.

It’s a horror villain passed along as an STD, and a metaphor for…what, exactly? On the broadest level, it’s an STD public service announcement, but it also speaks to how we deal with sexual assault as a society. It addresses the roles of women within the horror genre. It confronts the voyeurism with which society often responds to incidents of sexual violence.

In fact, in the way it goes about this last detail, I slightly prefer it to a film I’ll write about tomorrow – “Ex Machina.” Both films deal with sexual violence, trauma, and seek to confront male viewers in ways we usually aren’t, but where “Ex Machina” recreates a version of total possession in excruciating detail, “It Follows” manages to speak to this while giving its characters a little more power to fight back against these concepts.

(In fact, the films came out within a month of each other and will forever be fused in my mind because of how they invert and confront a genre that’s often used sexual assault as a set piece. They make challenging yet complementary companion pieces, though together that’s some harrowing viewing.)

“It Follows” can be tough to pin down because the details in its world intentionally disagree. While the plot’s tight, the world around the characters doesn’t seem to belong to any particular time. The movies they watch are from the 1950s, the cars they drive are from the 70s, and technology veers from the 80s to current. Different characters feel plucked from different eras, and even dress and subtly act like it. Jay is the heroine from 70s horror films, while her sister Kelly arrives from the 90s and their friend Yara would feel perfectly at home in today’s movies. Meanwhile, the musical score recalls the soundtracks Goblin once wrote for Dario Argento in the 70s.

This intentional confusion of details means that everything begins to feel fuzzy, as in trying to recall a dream. In fact, in my review, I said the film is like “watching a dream with all the fingerprints that make it yours removed. You don’t feel like you belong in it, and so you become a voyeur of all that happens.”

I still can’t think of a better way to describe “It Follows,” except to say that as a horror film, it delivers. Rather than the trend of being scary in outright ways, of making you jump or recoil, “It Follows” relies on anticipation. It’s a film about dread, not about jumping out of your seat, and it builds its tension to an incredible degree. It’s a throwback of a horror film fused with modern intentions, and it’s the best of both worlds.

Images are from It Follows and Da Font.