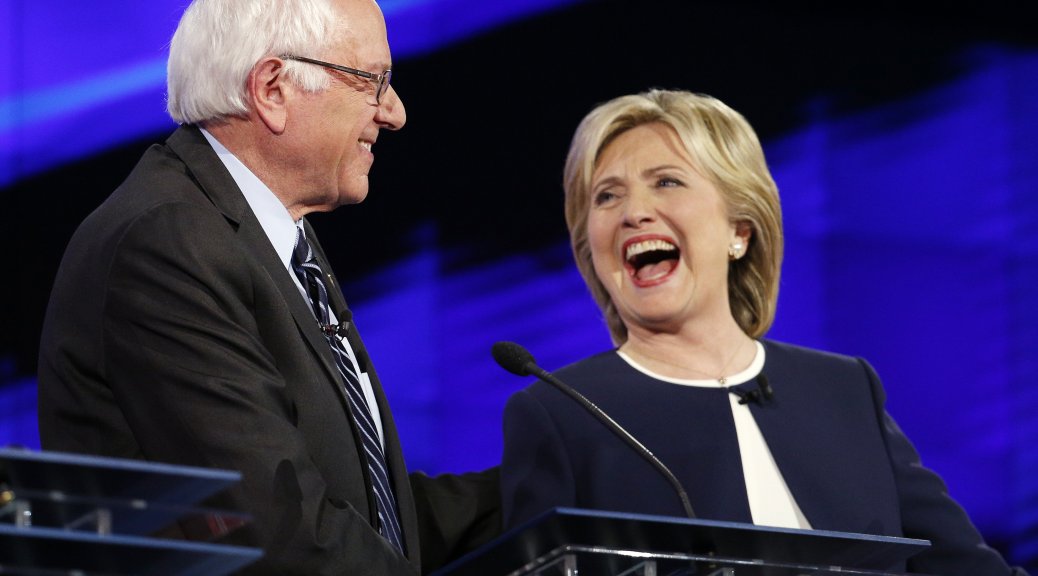 Politics can be beautiful, damn it.

This beauty hides behind statistics and demographics and any number of political sciences that begin to make a voter feel inhuman.

So ignore those things for a minute. Ask what the philosophies being discussed really represent.

Are racial, gender, and community injustices root causes? Do they arise naturally, and then make the implementation of economic injustices necessary for the survival of those root causes? This would be the view of social injustice that Sen. Hillary Clinton champions.

Or is economic injustice the root cause that creates racial, gender, and community injustices, and uses the divisiveness of these as tools that feed the root cause of class indifference? This would be the view of social injustice that Sen. Bernie Sanders champions.

In other words, are racism, gender, and community bias something natural that we have to socially evolve away from in conscious ways in order to overcome? Is Clinton right?

Or are those things unnatural social constructs that are simply created and then preyed upon by economic injustice for its continuation? Is Sanders right?

That seems to be how the Democratic primary is breaking down. What are the real causes? What are the symptoms that distract us from them?

I fall squarely in the Clinton camp. Sociological studies have shown us that our biases are natural inclinations. That hardly justifies them. As a society, we’ve overcome many other natural inclinations that we deemed unwanted in order to continue existing as a healthy civilization. We consciously change our lives all the time, individually and as a society, in order to make our existences and interactions healthier.

(I mean, you’re reading this on a computer or phone that you got because it increases your efficiency at doing a number of daily tasks. We’ve already stepped irreversibly down the transhumanist path of social evolution, and we barely noticed.)

Either way, at least this dichotomy in thinking is at the core of the Democratic debate. Let’s bring demographics back into the discussion. You can see philosophy even in how groups of people lean one way or the other:

Those who’ve suffered racial injustice (people of color), gender injustice (older women), and community injustice (urban and failing industrial communities) to a greater extent than economic injustice tend to side with Clinton.

Those who’ve suffered economic injustice (young voters, low-income white voters, rural and current industrial communities) to a greater extent than racial, gender, or community injustice tend to side with Sanders.

Both candidates’ messages are evolving geographically as primary season continues, as they always do. But from the beginning, the fight for support has been over those who have been victimized most by the cross-section of these two separate philosophies of injustice:

Young voters of color have suffered the effects of severe racial injustice and the long-lasting economic impacts of the Great Recession.

Young women voters have suffered the effects of both aggressive gender injustice and those same economic impacts of the Great Recession.

And low-income white voters have suffered both the abandonment of the infrastructure of their communities and the disappearance of a reliable industrial economy.

These are the voters most “at play” for a reason, because they fall squarely between two philosophies of how to fix the world. And that they are being valued and spoken to and planned around is beautiful. It may be discussed in demographics and statistics and pop political science talking points, but the discussion itself – at its root – is about the construction of our society from the ground up.

I can’t remember anything like it in politics, anything that strikes so far down to the philosophical core of how societies choose to evolve. The arguments we have and the passion behind those arguments are very real and very crucial – these are not philosophies that share much middle ground, but they are philosophies that can and must be brought closer together.

That the Democratic primary is a discussion of social evolution is in itself a striking moment. Contrasting philosophies of social evolution are usually not the core around which any election evolves in this country, at least not since the Civil Rights movement and UFW agricultural strikes. While this primary is a very ugly one, when you can take a step back and boil down what’s really being discussed, it also might be the most beautiful one.

One thought on “The Most Beautiful Primary”