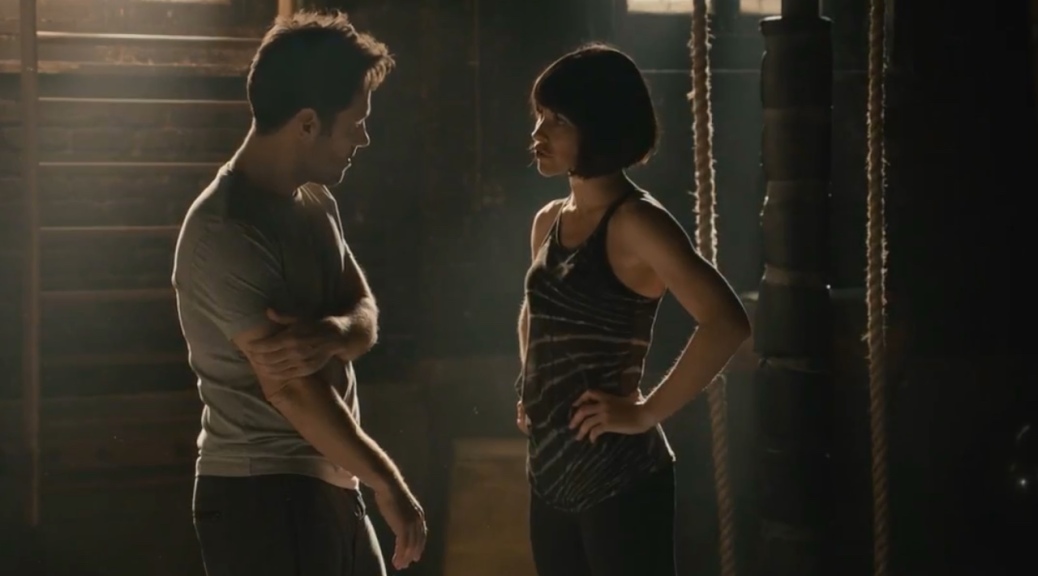 This still involves hitting things a whole lot, but it also involves seeing two ways to tackle every problem – full-size and nearly microscopic. Scott Lang (Paul Rudd) is a recently released burglar. With a felony on his record, he can’t seem to find work, and he needs a job in order to convince his ex-wife to let him see his daughter. Needless to say, it’s only a matter of time before he returns to a life of crime.

Dr. Hank Pym (Michael Douglas) has hidden a secret for decades – the science behind extreme miniaturization. He used to suit up as Ant-Man, a superhero who used this science to infiltrate military bases around the world. Since retired, he needs someone skilled in thievery to take on the mantle of Ant-Man and steal back the secret now that it’s in danger of falling into the wrong hands. Pym chooses Lang, who has a history of stealing from the rich and giving to the poor – it sounds like a perfect fit.

Evangeline Lilly plays Hank’s daughter Hope van Dyne. Between an accomplished comedian in Rudd and a screen legend in Douglas, you’d forgive the former Lost actress for disappearing into the woodwork of the film. Yet that’s not what happens. She’s the one who really shines here, offering the film its most complete emotional journey and most complex character. She’s on the board at Hank’s company and, at first, her character seems similar to that of Bryce Dallas Howard’s Claire in Jurassic World. That worried me – the last thing I wanted to be told (again) is that women can only be good at business if they’re bad at everything else.

Luckily, Hope convinces Hank, Scott, and the audience that she’s a far better choice to suit up as Ant-Man. She’s the better fighter, she communicates with ants better, she understands the science, and she knows the company they’re breaking into. Hope’s abilities are superior, period. It’s Hank’s own protectiveness and fear – his shortcomings – that are posed as a weakness here.

Of course, this still means that Scott’s the one who gets to suit up. It creates the most intriguing character dynamic in a Marvel film yet. In some ways, it deals with the increasingly problematic treatment of women in Disney Marvel movies. It doesn’t offer a solution, but at least it acknowledges that there is a problem. What we’re really seeing is Hope’s origin story, one in which she never gets to suit up or be a superhero. She has to watch a man be given her job and get all the credit. The focus on Hope and this element of the story is intentional, but the metaphor is dulled by the film’s drive toward action and comedy. The idea’s there, but it never feels entirely explored. I’ll talk about this more in the Bechdel section in a moment. 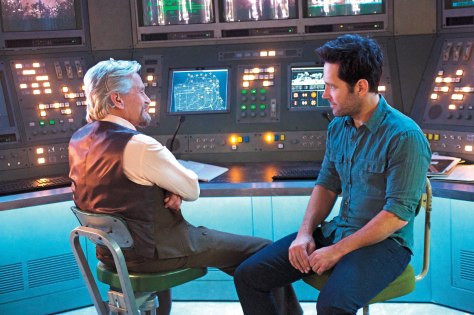 Ant-Man excels at folding in the rest of the Marvel Cinematic Universe (MCU) without allowing it to encroach too far on its own story. This year’s Avengers: Age of Ultron could have learned a thing or two from Ant-Man, which manages to tell its own self-contained narrative while still riffing on the universe of the Avengers. It never feels overwhelmed by a need to be part of the larger brand the way Ultron did. With Ant-Man, I never felt like I was being sold a toy instead of being told a story.

Ant-Man isn’t as well made as parts of Ultron, but it is much more consistent in quality. Ant-Man is thoroughly good. It doesn’t stand out as something special the way last year’s Captain America: The Winter Soldier or Guardians of the Galaxy both did, but it’s very enjoyable. When the action falters, the comedy takes over, and vice versa. It holds up to each of the other origin stories Marvel’s released on film.

Perhaps the best way to describe Ant-Man is this: it hits the spot. It reassures me that the Disney Marvel brand is still willing to aim for quirky genre films – like a heist movie – instead of simply being addicted to bigger and better explosions. The explosions take over at points, and they’re pretty creative, but costing only half as much as Avengers: Age of Ultron means that Ant-Man needs to find other ways of keeping your attention. It does this through story, character, and a lot of comedy. Lilly, Rudd, and Douglas also make one of the best sets of leads the MCU has enjoyed to-date.

1. Does Ant-Man have more than one woman in it?

The rarest way of failing the Bechdel Test is to pass question 2 and fail on question 3. Ant-Man boasts a wonderful character in Lilly’s Hope, but the only two women who speak to each other are Maggie and Cassie Lang. That mother-daughter dynamic entirely centers around ex-husband and father Scott.

While Hope is acknowledged by the film to be more capable than Scott and the film briefly touches on the issues Marvel has with women, it only makes one last-ditch effort to correct this. That last-ditch effort is pretty wonderful – remember to stay through the credits – but no solution to the problem is really offered. Hope voices her discontent, and Scott sticks up for her – he insists she’s more suited to be the superhero than he is. That’s refreshing, but it’s still not realized.

Corey Stoll is all right as the villain, but he’s ultimately one of the most forgettable the Marvel films have had. In a dozen MCU movies, we’ve yet to see a woman wield the power of a villain (Guardians of the Galaxy had an excellent henchwoman in Karen Gillan’s Nebula, but she was traded between two male villains and never actually gets to fight a man). Corey Stoll’s role couldn’t have gone to a woman? You’re going to tell me Corey “let me put you to sleep in ‘The Strain’” Stoll has box office draw that no woman can match?

I don’t know what to do with Marvel anymore. I like Ant-Man, I like it a lot, but…12 movies and they still can’t manage to even have women talk about themselves or each other, even when one of them is a lead? It’s ridiculous.

Marvel needs to grow up and they need to do it quickly. Period. Ant-Man is thoroughly enjoyable and Rudd does a workmanlike job, but superheroes in this franchise have now been played by Robert, Chris, Mark, Chris, Jeremy, Don, Aaron, Paul, Anthony, their boss Samuel L., and their space counterparts Chris, Dave, Vin, and Bradley. Now you’ve added Michael and a second Paul. I’m expecting them to start writing gospels soon. Women have gotten Scarlett, Elizabeth, and Zoe. That’s 16-to-3.

I want to be careful about assigning intention, but it feels like the filmmakers do as much as possible within Marvel’s constraints to say that their own film is getting the gender of its superhero wrong. It’s not necessarily the movie’s problem – Hope feels like a way of rebelling against Marvel’s dictate of another male superhero while still presenting another male superhero. It is Marvel’s problem, though. It is a growing problem, and it is one that is going to bite them in the ass. And no, Captain Marvel in 2018 as the 20th film in the MCU and first to center on a woman is not enough to solve it. It’s a good start, but that’s all it is. If 20 films in, all they’re doing is starting to solve this big a problem, they’ll bleed audience as the superhero competition at the theater gets a lot more crowded. Many already think Avengers: Age of Ultron left more than half a billion dollars on the table worldwide. Ant-Man has the lowest per-screen average of any MCU movie. It’s Marvel’s choice if they want to stay ahead of the curve they set, or if they want to fall behind it as others surpass them.

Where did we get our awesome images? The feature image of Evangeline Lilly and Paul Rudd comes from an Evangeline Lilly interview discussed on Geek Tyrant. All other images come from Collider.