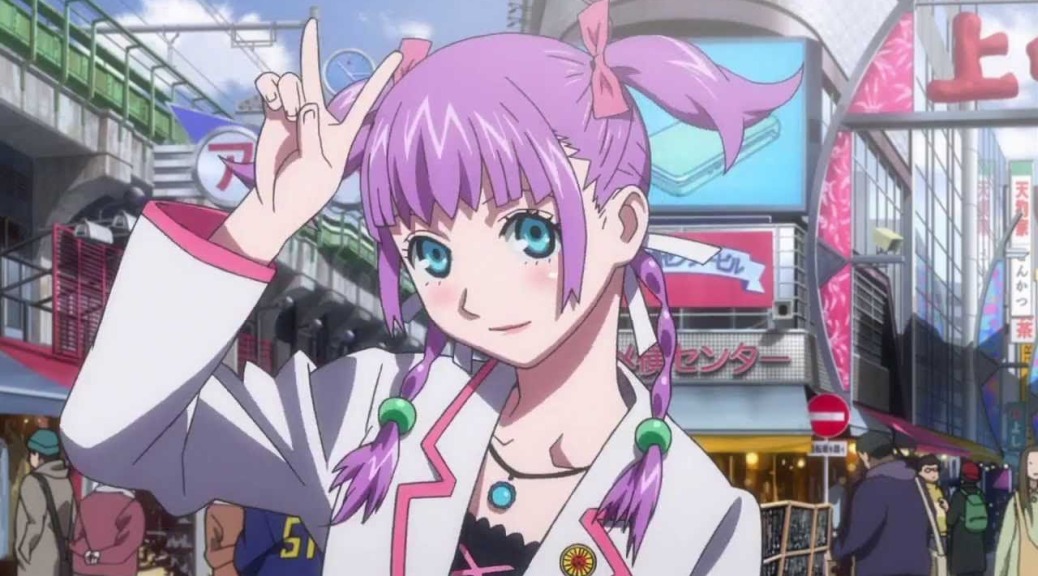 1. Think of Wizard Barristers like you would a more serious version of Key & Peele’s Law and Order: Wizard City sketch, or the best version of The Dresden Files we’ll ever get on TV. I started watching it as a lark – we wanted to do some anime coverage and it was recommended by a friend. I wasn’t expecting much, but…Wizard Barristers is a pretty successful combination of social issues, well-paced writing, and, well, fanservice to 12 year-old boys.

It’s 2018 in an alternate-universe Tokyo. There are normal people just like you and me, as well as magic users…wizards. You’d think the power these wizards wield would dominate the ordinary people, but instead they’ve been relegated as a sort of second-class, complete with their own highly prejudiced court system. Hmmm…that doesn’t sound like anywhere I know.

They’re called “wuds” and ordinary people treat them with fear and revulsion. More on that in a bit.

2. The show centers on Cecil Sudou, the youngest wizard barrister in history at 17. She joins a slightly dysfunctional law firm, but her aggressive optimism means she saddles herself with tough cases before she completely knows what she’s doing. The character’s actually very winning, drawn and voiced charmingly. I’m a sucker for effective optimists on TV, the people who say, “What’s next?” after a victory in lieu of celebrating it. Yes, that’s a West Wing reference and, accommodating for genre, Cecil would fit in pretty well with the Bartlet administration.

Even as she’s kicking the asses of magical muggers, Cecil shouts, “Please turn yourselves in. I’ll represent you in court!”

That’s a hero I can root for.

3. There is, however, a creepy amount of fanservice centering around a 17 year-old girl. I try not to judge, because I don’t have the cultural context to view things like this – I’m reasonably versed in Japanese film, but that’s not enough to be able to start making claims about what should or should not be acceptable in someone else’s culture.

This is complicated by the fact that I have a number of friends who utilize kawaii (cute or “lolita” fashion) in their own careers and, as our own Vanessa Tottle wrote earlier this year (at the bottom of this article), kawaii itself has been co-opted into a borderless counter-culture movement akin to the 70s/80s punk movement in Western culture.

I have a theory as to what’s happening in the fanservice and why it’s actually used in a socially conscious way, but that doesn’t mean that I’m completely at peace with it. At least they’re fairly equal opportunity about it, featuring buff men as well as buxom women. I like seeing a professional setting dominated by women – that’s a plus – I just imagine that in the U.S. this law firm would have about a dozen well-deserved sexual harassment claims against it in its first day.

4. Wizard Barristers does do an excellent job of addressing cultural stigmas. There’s a repeated criticism of the justice system and its automatic assumption of guilt for those who are in any way different. I know this is an issue with the Japanese court system, but believe me, theirs is far from the only culture guilty of this.

While the first big case concerns a “wud” and self-defense (killing a robber at the bank he used to work for), it’s not just his being a magic user that’s put on trial, it’s his being a social outlier. He was forced to resign from the bank because he wasn’t socially accepted, and now his guilt is more easily presumed for the same reason. One of the pleasures of Wizard Barristers is that it’s pretty easy to underestimate, which means it surprises you pretty regularly.

5. One thing you have to appreciate about limited run anime (animes that run for 12 episodes like this one), is that the plot MOVES. By the third episode, we’ve already got a cleverly orchestrated terrorist attack on the magic court itself. It holds accountable a justice system that declares a homicide accidental while demanding the death sentence, yet turns around and lets another wizard live for clearly premeditated murder.

It suggests a court system of who you know and the quality of your defense, not a system of effective justice, and this is the through-line Wizard Barristers keeps revisiting.

6. Like I said, I meant to write about this as a lark…but the stories are good, the world-building is solid, the mysteries are just complex enough to bear out a 23 minutes-an-episode pace, and – most importantly – the characters are utterly fantastic. I am elitist as they get about animation – I don’t watch a lot of it, so I don’t like to waste my time – but Wizard Barristers is worth the investment. This show is much better than expected. 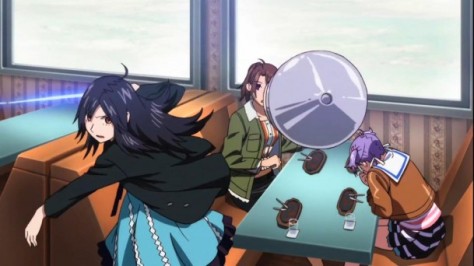 7. Let’s pick an episode out to illustrate what I mean. “Six Nine” is the best of the bunch. It all focuses on investigating one case, trying to clear another wizard barrister of murder. There’s a cutaway to the overall series arc about how Cecil is some ubermagician foretold in blah-blah-blah, but it’s pretty inconsequential to the episode.

The more intense focus on Cecil and her frustrating working relationship with the office geezer is the real standout. He works at a snail’s pace, she’s gung ho – only later does she start to realize how observant and clever he is, and how he solves the case while she’s busy demanding a new partner. It’s an episode that relies only on character to tell its story and Cecil’s character is strong enough to hold it up.

8. Of course, the ubermagician blah blah blah starts to derail the “one case an episode” approach, but I can’t compliment a series for its fast pace and then complain it’s moving too fast, can I? In truth, this is a show that I feel is stronger in this more serialized approach, but it’s not as if it loses any quality by developing more overall arc. It just shifts direction, and ultimately, I’d rather a show do something well and move on than settle into doing nothing else. 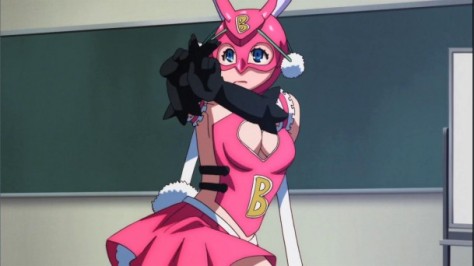 9. The sixth episode, “Hero Show,” might have the cleverest social commentary. Cecil and another barrister cosplay TV superheroes at a convention, ostensibly for yet more fanservice. The twist is that they’re kidnapped along with four young children. When they save the day, they do it dressed as heroes, and the children marvel at their magic.

This is the same magic those children will grow to hate and fear, and whose practitioners they’ll ostracize as adults. Their parents shy from the ‘wuds.’ It’s a clever way to hammer the message in – hate isn’t natural, it’s taught at home.

10. Food, and where I think the fanservice might be doing something interesting. The plot always seems to be taking place over food. Someone on the writing staff has clearly worked in an office before, and knows that nothing moves in one without food.

That may sound like it drags down the series but, to the contrary, it helps give the world a better sense of place (characters aren’t just doing things that are plot-relevant in every scene) and it speeds things up – there’s a great deal of motion and interaction to eating, and this can give an energy to exposition that’s missing in many shows.

It’s also the biggest reason I pause in criticizing the fanservice too much. It’s ALWAYS attached to food. I have to wonder if they’re using the expectation of fanservice in this kind of show as a commentary that, if there’s one thing sexy women all do, it’s not starving themselves – they eat. If you have to include fanservice, that’s an encouraging message to include with it.

This focuses on the first half of the season. I’ve watched more and will probably write more on it, as the show changes pretty considerably after this. Overall, though, I’d recommend it, which I didn’t think I would when I set in. It delivers a lot of social commentary in sly, smart ways that – like Cecil herself – you wouldn’t necessarily expect given its outward appearance.

You can watch Wizard Barristers in its entirety for free on Hulu. 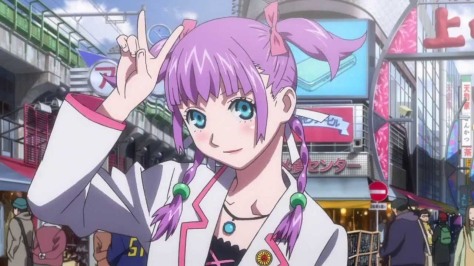