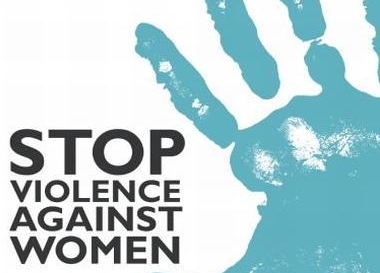 I learned late last night that a friend of mine was beaten by her ex this last Friday. She was beaten so severely she has 20 broken bones, lacerations and penetration wounds, and a ruptured liver. She only escaped out her back door when the blade he used to stab her broke off its handle, and he left the room to get another one.

I was going to work on an article today about how women in B-films get treated differently from men, how an entertaining but decidedly one-note comedian like Will Arnett gets a pass for falling flat in Teenage Mutant Ninja Turtles while Megan Fox is reviled and critically downgraded for it, how Robert Pattinson, Michael Sheen, and Taylor Lautner get off Scot-free for the Twilight series while Kristen Stewart is held uniquely accountable for production failures beyond an actor’s ability to control. Their careers are somehow defined in a way the others’ aren’t. The Rock can make a dozen awful B-movies and we admire him for his muscles. Actresses like Fox and Stewart can make a handful and the media criticizes them for their looks. Now, that seems like an inconsequential piece of writing. I realize it’s not, that how our media trains us to look at and criticize men and women is the foundation that opens the door to later blame and hatred, but Jesus, I’m incapable of writing that article today.

Paramedics use a mnemonic acronym to help them learn how to evaluate a patient: DCAP-BTLS. It stands for, “Deformities, contusions, abrasions, punctures & penetrations, burns, tenderness, lacerations, and swelling.” It’s useful in describing the results of an injury and isolating a treatment. It’s not meant to describe a bad breakup.

My friend is missing teeth. She cannot chew. She cannot see out of one eye. She makes her living as a model. I fear that’s done with.

She is nothing but bruises now. I’m tempted to make a metaphor about how the physical ones will go away, while the emotional and mental ones will be the work of a lifetime. But the truth is many of the physical ones won’t go away either, not after how badly she was beaten, and they will be constant reminders of how someone else felt he had the right to take away her power, her livelihood, and her ability to make her own choices about her life.

I have no ability left to perceive or process this.

It happened on the other side of the country, and it’s easy to think this is somehow isolated, but the truth is that movements like the Men’s Rights Association – which teach men they are held down by women’s freedoms that still don’t measure up to theirs – plague the upbringing of young men in this country. We’re taught to assert ourselves by owning and possessing women, that dating is a competition for a prize, and that rejection or loss is only the go-ahead to aid your relentless pursuit with the tools of manipulation, drugs, and violence.

It’s not isolated. There was an afternoon this May when, between four friends: one was intentionally hit in the head by a man on the street, and later confronted by a man on public transit who asked to touch her. A second was followed to an appointment by a stranger who stared at her the whole way. He waited while she conducted her appointment, and then followed her home. A third wasted the afternoon talking to a string of photographers who treated booking her not as a professional photo shoot, but as an opportunity to ask her out on dates. The fourth was followed by a car whose driver asked her where she was going, if she needed a ride, and then repeatedly threatened her if she did not get in the car.

This is not isolated. Vanessa defined it after the Isla Vista shootings as a war, and it’s one that is severely underfunded and under-reported. After those same shootings, Chris Braak defined the reason they happened in an argument far better than I’m capable of making right now.

This Tuesday slot is ordinarily reserved for our trailer of the week article. I had picked The Theory of Everything, a biographical movie about wheelchair-bound astrophysicist Stephen Hawking. You know what I’d written after first seeing it?

“There come times in human history when we are blessed with gifted people whose minds we wholly don’t deserve. It is these minds alone that drive us forward more than anything, that give us the only hope we have of making it as a species. It is the responsibility of the rest of us to stumble after them and, in our best and most selfless moments, to push ourselves beyond what we knew how to be an instant before. It is the only real payment we can make on the huge debt we owe to them.”

I meant it when I wrote it. I’ll mean it again, in a few days. Today, however…today I have no way of believing we have it in ourselves to repay that debt. I have a friend in the hospital 2,600 miles away, the man who nearly killed her on the loose. The perceived transgression she made against him was to end a relationship in which she was abused. For this, he broke into her home, stripped her naked, beat, kicked, and stabbed her.

In a few days, I’ll go back to tilting at windmills and having hope it makes a difference. Today…today I just want to tear down everything I know.

If abuse is something you yourself live with, please ask for help. It’s there for you.

If there are other good resources, please mention them in the comments.

8 thoughts on “On Beating Women”