We’re running 3-5 articles a week here now, so there are some efforts to simplify the blog – browse down the left hand side and you’ll see a new Categories section that breaks articles down by type: Awards, Guest Writers, Movie Reviews, Television, and Wednesday Collective, which I hear is pretty fantastic. There will be some bigger moves toward streamlining, and the eventual transition to a more full-service website down the road.

For now, please enjoy this week’s collection of the best articles on film and storytelling from around the web.

ARTICLE OF THE WEEK
“The New Wave of Indian Art Cinema” 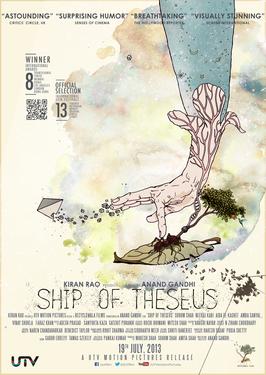 Janaki Challa at The Aerogram writes about the evolution of Bollywood, the independent film movement in India, and its burgeoning supply of arthouse directors (if not arthouse audiences) seeking to tell more realistic, socially insistent narratives. The article centers around Anand Ghandi’s new film Ship of Theseus, a relatively unknown film in the West that has jumped to the top of my radar.

The Wonders of GoPro

It’s been a very good week for the phone-sized (and sometimes smaller) sports camera. It’s rugged nature and affordable price-tag mean everyone from independent filmmakers to divers can capture unique footage that proves the adage “everything’s been done already” dead wrong.

My favorite, perhaps of all-time, is spear-fisher Jason Dimitri’s recording of his reef preservation work off the Cayman Islands on March 13. While culling invasive lionfish, a 10-foot Caribbean Reef Shark gets curious. The pair engage in an extended battle that is enthralling, terrifying, yet safe for work/family-viewing. I have no qualms saying it’s among the best three minutes ever put to screen. Watch it full-screen, but not if you’re looking forward to the beach this summer. Thanks to Lara Hemingway for making me aware of this.

A cute narrative film comes from Corridor Digital, a studio that specializes in combining short films and visual effects. They combined footage from a drone with CG and ground footage to create a short film entirely from the perspective of Superman. Some clever editing gives the impression this is drawn from one long continuous take.

GoPro curates many of these user videos on YouTube. There’s this clip of a pelican in Tanzania learning to fly and this rescue of deer stuck on ice by two men with hovercraft. If those don’t make you tear up, there’s always “Fireman Saves Kitten,” which I’ve seen turn the burliest of men into balls of weep.

“The Lion in Winter: The Reason I Became a Medievalist”

My favorite experience as a performer was as Philip, the king of France, in The Lion in Winter. It was during my first year of college and it was when I was still oblivious enough to think everything was running smoothly when, in fact, I’m pretty sure the entire crew was either killing or dating each other behind-the-scenes. The experience introduced me to a number of friends and a few mentors when it came to film and theatre.

The blog An Historian Goes to the Movies goes over some of the historical nuances of the Oscar-winning film version starring Katharine Hepburn, Peter O’Toole, Anthony Hopkins, and Timothy Dalton, and explains why it’s enough to make anyone change their planned career path. The articles on The 13th Warrior and 300 are also worth checking out.

“Film as film: What’s the point of movie criticism?” 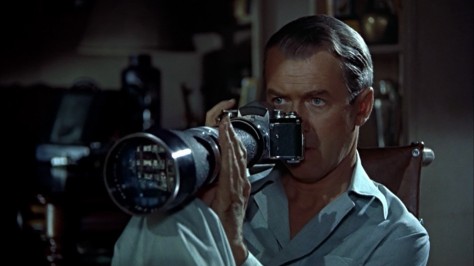 This brilliant article by Malcolm Thorndike Nicholson at Prospect Magazine asks the question, “In the digital age, what is left for a critic to supply?” His response is very close to my own view: the rote summarize-and-judge template of criticism is obsolete. There are too many audiences and too many resources available for viewers to do this themselves without reading 700 words.

The job of the modern critic is a difficult one – to fuse knowledge of cinematic techniques with emotional response and, through doing so, translate what the experience of the film itself is like. It echoes something I said in last week’s Wednesday Collective, that an ideal review should read two different ways before and after readers see the film: translating the experience beforehand to give the reader a sense of whether the film is for him or her, and drawing technique and meaning from the experience afterward as a further contemplation of what they’ve just seen.

Writer JP Hitesman got a chance to see Enemy, Denis Villeneuve’s follow-up to last year’s Prisoners. It follows a milquetoast college professor played by Jake Gyllenhaal as he tracks down a bit actor played by Jake Gyllenhaal. Suspensefully paranoid hijinx ensue. Villeneuve got something out of Gyllenhaal in Prisoners that’s always been hinted at, but isn’t always realized in his films, so I’m very excited for an even more out-there story from the pair.

Hitesman wrote a reflection on Enemy and on the understated qualities of Canadian theatergoing.

Mica Levi on Under the Skin

Speaking of actors breaking into new territory, Scarlett Johansson’s avant-garde Scottish nymphomaniac alien mindbender Under the Skin opens soon. I’ve heard some of the score by Mica Levi, frontwoman for Micachu and the Shapes, and it is a strange, brave thing all on its own. The Guardian has a brief piece on her influences and experiences while writing and recording the experimental soundtrack.

We’ll close with director Sam Mendes (American Beauty, Skyfall) and his 25 rules for filmmaking. I have a love-hate relationship with Mendes. His best, most raw film may be Jarhead (starring Jake Gyllenhaal, no less). American Beauty and Revolutionary Road are beautiful, but have some issues of staging, broad stereotyping, and overt showmanship. Skyfall is a discussion all in itself, a film shot so gorgeously it often forgets to give its viewers proper access into its action scenes. It also betrays Mendes’s perspective by replacing the nod-and-a-wink sexism of most James Bond films with an outright and unsettlingly violent misogyny. Nonetheless, that’s three successes and a popular miss, and much of this is good advice, so Vanity Fair‘s article on Mendes’s 25 rules of directing is worth checking out.